The honeymoon is over when he phones that he’ll be late for supper — and she has already left a note that it’s in the refrigerator.

First it was passion, then it became duty, and finally an intolerable burden.

It may be that two souls meet and it is not destined that they are to be together in this world. They touch each other and part. They have other work to do. Yet the meeting can never be forgotten; it is ingrained on the soul itself.

I find to my astonishment that an unhappy marriage goes on being unhappy when it is over.

There was that law of life, so cruel and so just, which demanded that one must grow or else pay more for remaining the same.

The year hastens to its close. What is it to me? That I am twenty-five or fifty-eight is as nothing. Should I mourn that the spring flowers are gone, that the summer fruit has ripened, that the harvest is reaped, that the snow has fallen?

It was typical of him that he lacked the taste to make a final exit. He spent too long at his farewells, chatting in the doorway, letting in the cold.

You have delighted us long enough.

Every arrival foretells a leave-taking, every birth a death. Yet each death and departure comes to us as a surprise, a sorrow never anticipated. Life is a long series of farewells; only the circumstances should surprise us.

We get to think of life as an inexhaustible well. Yet everything happens only a certain number of times, and a very small number, really. How many more times will you remember a certain afternoon of your childhood, some afternoon that’s so deeply a part of your being that you can’t even conceive of your life without it? Perhaps four or five times more. Perhaps not even that. How many more times will you watch the full moon rise? Perhaps twenty. And yet it all seems limitless.

Live as if you were living a second time, and as though you had acted wrongly the first time.

Although failing fast, [former U.S. president] John Adams was determined to survive until the fiftieth anniversary of the Declaration of Independence — July 4, 1826. At dawn on that day he was awakened by his servant, who asked if he knew what day it was. He replied, “Oh, yes, it is the glorious Fourth of July. God bless it. God bless you all.” He then slipped into a coma. In the afternoon he recovered consciousness briefly to murmur, “Thomas Jefferson lives.” These were his last words. Unknown to him, Thomas Jefferson had died that same day.

There is an ineffable mystery that underlies ourselves and the world. It is the darkness from which the light shines. When you recognize the integrity of the universe, and that death is as certain as birth, then you can relax and accept that this is the way it is. There is nothing else to do.

I wouldn’t mind being dead — it would be something new.

Estelle Winwood, at age one hundred

I intend to live forever. So far, so good.

I do dimly perceive that while everything around me is ever changing, ever dying, there is underlying all that change a living power that is changeless, that holds all together, that creates, dissolves, and re-creates. That informing power of spirit is God, and since nothing else that I see merely through the senses can or will persist, He alone is.

It began in mystery, and it will end in mystery, but what a savage and beautiful country lies in between. 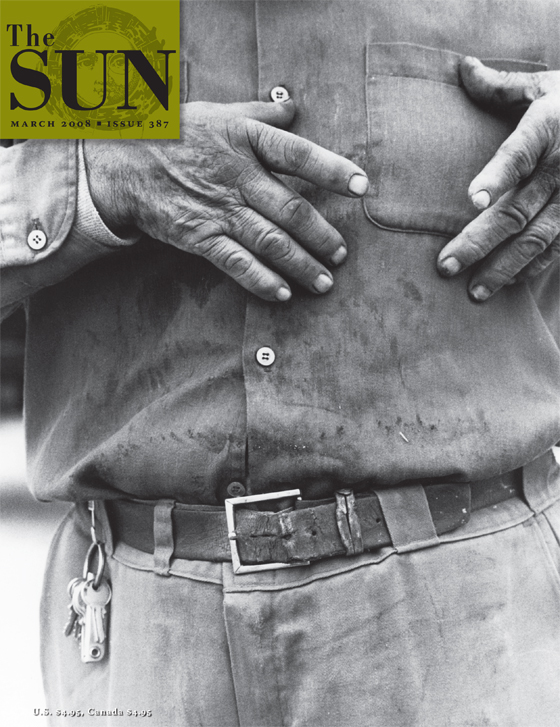 What The Dead Don’t Need

A Mitzvah In Paramus