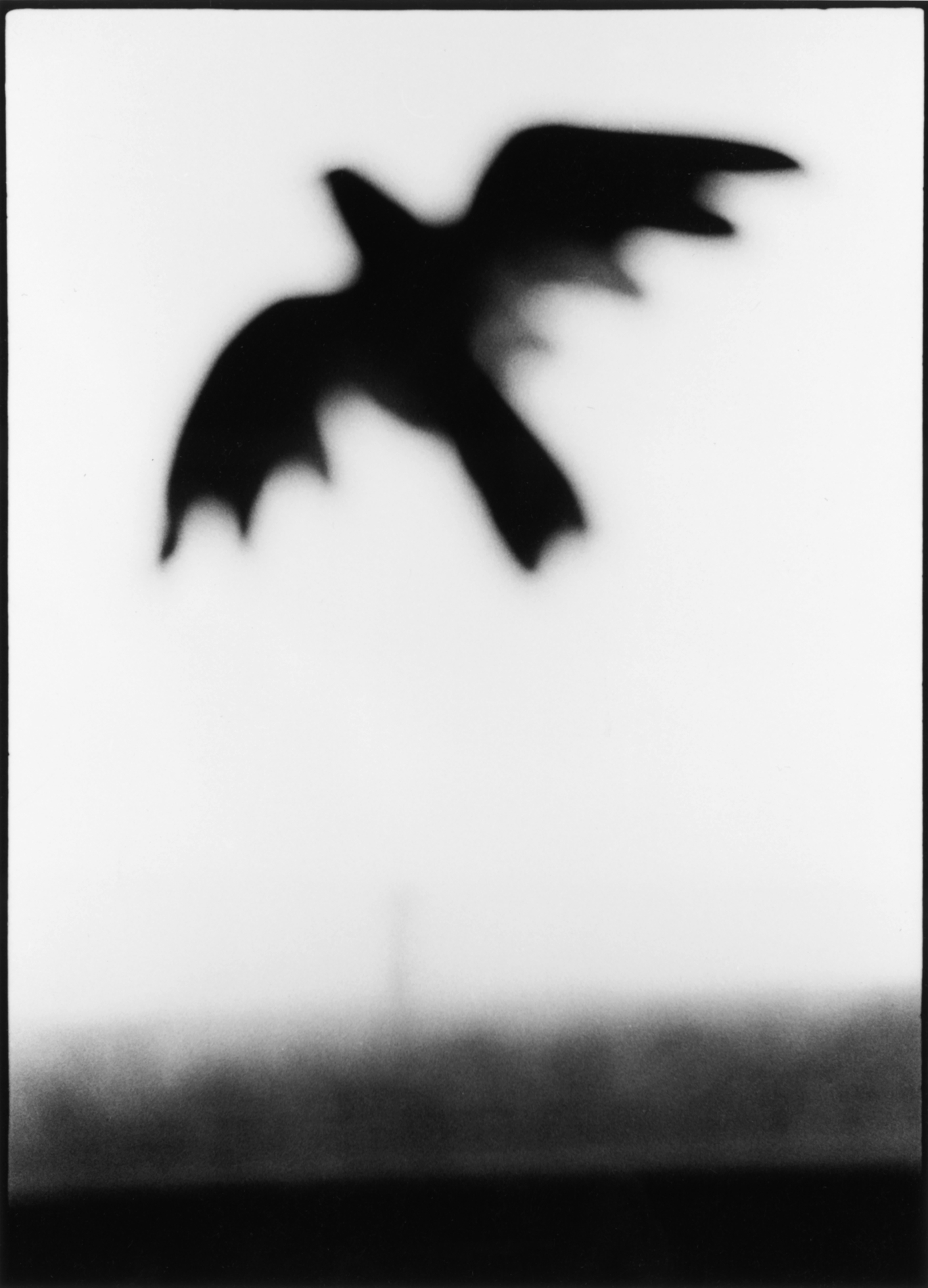 The Bird At The Window

I’m visiting my parents at their farmhouse in the shadow of the Colorado mountains, and the three of us are leaning against the kitchen counters, talking about the fact that they’re getting older and will, in fact, die. My dad’s dementia has bloomed, their aches and pains have spiraled, and the hard labor of irrigating land and fixing fences is beyond them. Their nine children can’t agree on what to do with the ranch, so they wonder if they should sell the place. Their eyes reveal a sad, resigned knowledge of their own decline and the implosion it will cause.

We walk into the dining room to try to escape the bird, but he flies to that window ledge and starts pecking there too. When we return to the kitchen, he follows: tick-TICK-tick. He stops, cocks his silver-green neck to look in, then starts up again.

“I know,” she says. “There’s nothing good about aging.”

“Exactly.” She sighs and looks at the bird for a long time. When she turns back around, I turn my hands up and give her a look that means: Why add this bird’s troubles to your own?

“His mother abandoned him,” she says, “or got killed or something. He was alone. In his nest. In the barn. Peeping. And I’m a mother. Mothers don’t just let babies die.”

True enough. My mother has raised an odd assortment of animals in distress — raccoons, ducks, turkeys, calves, iguanas — because they all needed her. She has a particularly strong mothering instinct when it comes to creatures on the verge of death. She has also taken care of my father through his decline. (“What is that thing outside, with legs that kick?” he asked her this morning. “The donkey,” she replied.) But this pigeon tops them all, at least in the amount of care he requires. My mother had to feed Birdy-Bird several times a day for weeks, popping mushy pieces of bread into his mouth until he could finally eat on his own. As someone who was occasionally forced to help, I can tell you it was a messy business that involved feathers, droppings, and scattered bits of crust.

“Just let Birdy-Bird in the house!” says my pragmatic five-year-old daughter, Eliana, who’s now in the kitchen with us.

“Absolutely not!” says my mother. “Whatever you do, do not let that bird in. He needs to learn to stay outside during the day. Besides, he has a crush on me. He won’t leave me alone.”

Right then my son Jake, who’s seven, bursts in the door, and the bird makes a dive for the opening. Mom yells, “I said don’t let that bird in!” I try to stop the pigeon with my hand, but he makes an amazing sidewise maneuver, brushes past my palm, and goes directly for my mother. He lands on her shoulder and starts preening his chest, the feathers a beautiful, soft gray with a green ring at the neck.

“Oh, Birdy-Bird!” Eliana says. “Don’t you come near me!” She loves this bird but feigns fear of it in a coy sort of way.

The bird coos at Eliana and then pecks at my mother’s ear and coos again. Eliana is the one who named the bird, but now she says to my mother, “Let’s give Birdy-Bird a different name.”

My mom and I share an amused-adult glance. Pecker. Very funny. Even my dad smiles.

“Actually he does it all the time,” my mom says.

At first I think she means peck her, which I’ve seen him do often — walk down her arm to her hand and peck at her fingers gently. But this is not what she means.

“Watch this,” my mother says. She holds her arm out and cocks her hand as if holding a coffee cup. Birdy-Bird walks down the flannel sleeve of her shirt and stands there at her wrist, eyeing us all. “Maybe he won’t do it right now — too many people watching. No, no, here he goes. Watch this!”

The pigeon lowers his butt and starts flapping his wings wildly as he thrusts himself against the fleshy part of my mom’s palm. Oh, the flurry of wings, the undulations of bird body! I cover my mouth with my hand in surprise, or maybe embarrassment, or possibly disgust. Birdy-Bird then stands on my mother’s hand, puffs out his chest, and walks back up her arm to her shoulder. She looks just as proud as he does. On her hand, near the thumb, is a thin line of clear fluid.

“Wow, Mom. I just don’t know what to say about that.” I rub my eyes as if exhausted.

“Don’t be so boring. You’re always so boring.” She plops the bird on my shoulder and goes to find a slide for her microscope among the mail and apples and cucumbers on her counter, mumbling something about how she and Dad haven’t seen any live sperm yet, but that may be because the bird is not fully mature. “You and your dumb, busy, safe life. Death comes flying at us! Didn’t you read Zorba the Greek? What’s wrong with you?” she says. “Want to see his privates?”

Before I can object, she grabs the bird, places her hands over his wings, and turns him over, using her fingers to spread the feathers apart. There is a tiny slit. My father and children come over to have a look.

“Let’s talk about that later,” I say.

My mother puts the bird back on her shoulder and tells us that every morning, while she’s trying to read the paper in bed, the pigeon flies into her room from the laundry room, where he sleeps at night in a cardboard box next to the canaries. He lands on her hand, “does his business,” and then flies away. Sometimes he comes back a few minutes later and does it again. She puts out her arm so he can get it over with and leave her alone. She makes a comment to us about “men and their needs.”

My son shrugs and quotes my mantra, which I stole from Peter Pan: “Life is a very grand adventure!”

My dad mutters something to the effect that he should be jealous; then he starts to make bacon. He forgets the frying pan again and starts to place the bacon directly on the burner. My mom flings the bird outside and explains to Dad that the bacon needs to go inside the pan. Then she washes her hand and does the dishes while she’s at it. My son runs outside to chase the chickens. My daughter nods at my brief explanation of sex and says she loves me. I help my father turn the bacon in the pan, then lead him to his chair, because he suddenly looks as if he’s forgotten what he’s doing.

Meanwhile the bird has flown back to the window. Tick-TICK-tick. He has all that space out there — the whole world in which to fly — and yet he remains here, pecking. I tilt my head at him, stare him down. In the near future I may end up spooning food into my parents’ mouths the way my mother did with Birdy-Bird. May I be as loyal to them as she is to this pigeon. 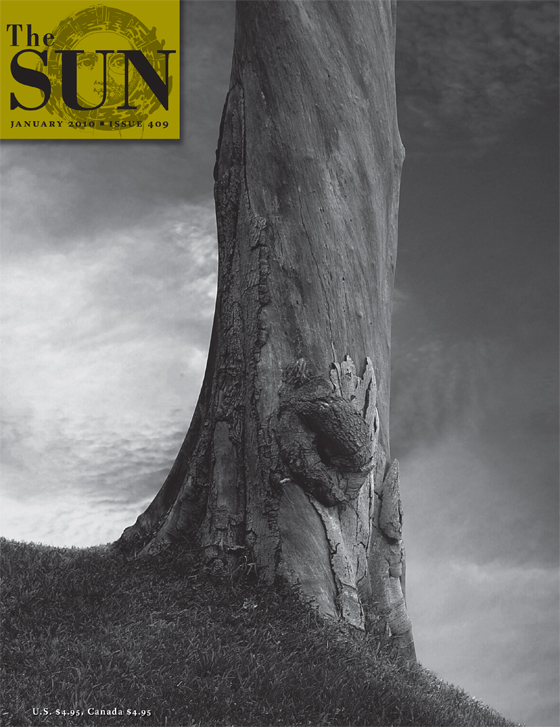