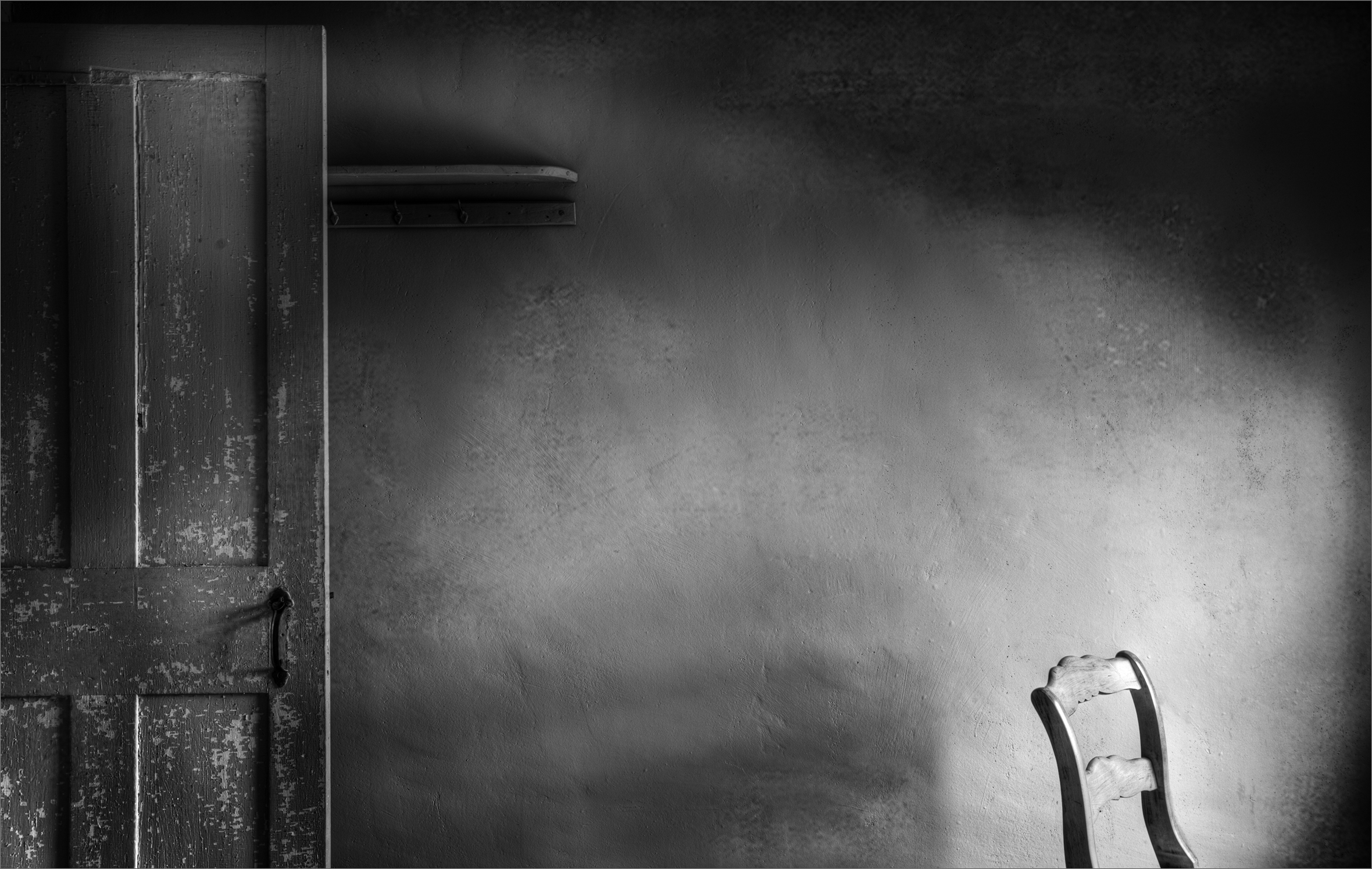 My ninety-two-year-old grandmother died on August 1, 2009, after a long decline. I wasn’t there during her last moment. Nobody was. The nursing home said she died at 1:45 PM, which is when the nursing-home attendants — underpaid women in practical shoes, with pictures of toddlers in their pockets — had gone about their routine bed checks, entered her room, and found she was no longer breathing. They called the family. We called the funeral home, who said they’d send someone over to collect the body.

I went to be with her until the funeral-home workers showed up. I sat in a chair next to her bed and stroked her hair, which had always been expansive and gauzy. Until a few months earlier, the in-house beautician had regularly fluffed and poufed it, then misted it with hair spray, so it had resembled a dandelion puff ball before a gust of wind. But now it was straight, thin, and pretty. I liked it this way.

I waited in the room with its dark TV, flowers in a plain vase, and unplugged radio. In the corner a simple pressboard wardrobe contained clothes she’d never again wear, pastel knits from the Presidents’ Day sale at JCPenney. Through venetian blinds I saw the concrete courtyard two stories down, its empty lounge chairs and fountain, one spout of water shooting lazily from its center.

It was too much to bear — the silence, the sterile room, my grandmother dead in her bed with the inflatable mattress designed to prevent bedsores. I decided to take a walk down the hall. She would have wanted me to take a walk, I thought.

As I approached the nurses’ station, I nodded to the women working there, then turned the corner and discovered a row of geriatric men and women in wheelchairs. They were lined up in the direction of the nurses’ station, each facing the back of another’s head, like a halted parade. There was low chatter from the nurses; otherwise no one spoke.

I was walking by this row of silent elderly people toward the lounge at the end of the hall, thinking about how much longer I’d have to stay here and how I’d never have to come back again, when I felt a hand on my wrist.

The woman looking up at me from her wheelchair had pale, translucent skin, a delicate chin, and fine cheekbones. You could tell she’d been pretty when she was younger. “Hello,” she said, gripping my wrist. Her expression didn’t belong here; it belonged to a woman at a card game in a sunroom among friends, a tall drink set before her, a winning hand. “I’m sorry to disturb you, but do you know where I am?” She spoke the way a well-heeled person asks for the time, with no urgency.

“Say it again, please? The name of this place?”

She nodded again and smiled, revealing excellent dentures, a golden fuzz over her lip. Her genteel air persisted, even as her questions became more pointed. Only her grip on my arm communicated anything like anxiety.

“And where is this place, may I ask?”

I told her the name of the town. The state.

I told her the day of the week, the month, and the year.

She gasped. “Really?” A flash of distress in her eyes made me wonder why I’d said it. “Oh, my! Are you sure?” She pressed a hand to her mouth. Then, her words slow, faintly giddy, astonished: “Why, I must be an old woman now!”

I said I supposed she was.

It was like a scene from a Disney movie unfolding before my eyes: the sweet young heroine transformed to crone, waking in a shriveled body, astonished by her whiskered lip and rheumy gaze in the mirror. Where are those beautiful breasts? Where have the apple cheeks gone?

The woman was probably ninety. She said softly, “I’m old,” but did not seem to fully believe it. Finally she said, “Just one more thing, sweetheart, since you’ve been so kind. Would you mind telling me where I am?”

She was living in a sixty-second loop that kept erasing itself.

I replied, “St. Joseph’s Home,” and felt the urge to reassure her, so I added, “It’s a particularly nice nursing home.”

“Oh, yes.” This was not a lie. Row of wheelchairs notwithstanding, it was a well-kept facility, and the staff had taken good care of my grandmother.

“And where is this nursing home?”

Again I told her.

We repeated this sequence once more. Her tone was patient, and I tried to match it. Four, five times. It was oddly soothing, this pattern. I remember thinking I could do this all day.

“I can’t remember it.” She shook her head, the mildest sadness passing over her face. “Are you sure you don’t know my name?”

I told her I didn’t, then offered to find out. Glad to have a chore, I unwrapped her fingers from my wrist. At the nurses’ station I found an aide busily writing reports. I pointed to the woman, last in the line, and explained that she was having trouble remembering her name. The aide squinted down the hall.

“Her? Oh, that sweet lady be Jean,” she answered in a Caribbean accent. “Jean Peterson.”

I returned to Jean, who smiled at me. Reporting her name was a small favor, but it felt nonetheless like charity, something a less decent person wouldn’t bother to do. Next to grief and whatever assembly of feelings swamped me in the company of my grandmother’s body, this was preferable.

“Your name is Jean,” I said. I expected relief on her part.

I said it louder. Then I said, “It’s a very pretty name.”

She scrunched her nose. “You think so?”

She repeated it several times. Finally she sighed. For the first time I saw fear in her eyes. “No, I’m afraid it does not ring a bell.” Her voice was fraught, an octave higher. “And where am I? What is this place?”

I told her everything I knew.

“And you say my name is — what is my name? What on earth is my name?” She grabbed my wrist once again.

She shook her head, her eyes damp. “That name doesn’t mean a thing to me.” She seemed unsure what else to say.

I wanted to console her, but how? Besides, it wouldn’t last, neither the injury nor the solace. I said, helplessly but grandly, as if it were wisdom, “Well, Jean, we are more than our names.”

She seemed to consider this, then frowned. I stood with her, this woman whose own name meant nothing to her.

Consciousness eventually leaves us all. It goes in a burst or it goes slowly, it sinks, it clogs, it vanishes, it departs however it wants with no regard to will or hope. Why are some relegated to this terrible purgatory of no-one-ness? Or does it seem terrible only when seen from the vantage point of someone so sure of their someone-ness? I wanted to step away, but Jean was still holding my arm. I would never again see my grandmother smile, I thought. My grandmother would never again touch my cheek.

Jean asked, “Where are we?”

I told her again and again. Each time I answered, I felt as if I were launching a paper airplane, and each time it immediately crashed to the ground.

The staggering year, the name she did not know — they left her stunned. I had tried to soothe an old woman and failed. I told her I was sorry she didn’t recognize her name. I told her she was a lovely woman in a high-quality nursing home. I told her I wished her all the best.

I wanted to go back to my grandmother. “I’d better be going,” I said. She looked sadder. I reminded her once more of the place and the date. Then I said goodbye.

She repeated, “It just doesn’t ring a bell.”

I couldn’t help but think there was no bell to be rung.

That’s when the Caribbean aide, in a voice both musical and antic, cried out over the heads of the residents, “Oh! That lady? That lady not Jean! That be Benedicta.”

At the sound of this other name — Benedicta — the old woman raised her head. Her eyes brightened. “I believe my name is Benedicta!” she cried.

The aide came to us and explained that she’d thought I’d meant the resident in front of Benedicta.

Benedicta! I crouched down and told her how sorry I was to have confused her, how awful that must have felt. But she didn’t want to hear any of it. She gripped my wrist tighter, so tight it almost hurt, and said, “I am Benedicta.”

I returned to my grandmother’s room and sat with her body. I stroked her cheek. I spoke aloud all that I remembered about our lives together: the long days at the beach; cornstarch powder on clean, hot skin; raspberry-lime sodas; her bright coral lipstick; the extravagance of her cookie cabinet, with its Mallomars, Lorna Doones, and cardboardy zwiebacks — all those memories that felt like they might be permanent if I kept saying them. And then the workers from the funeral home arrived and took her away, my grandmother. Her name was Norma. 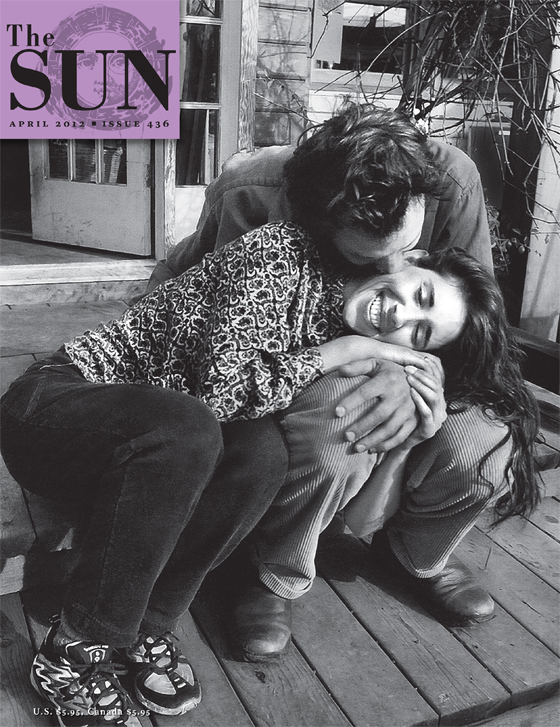