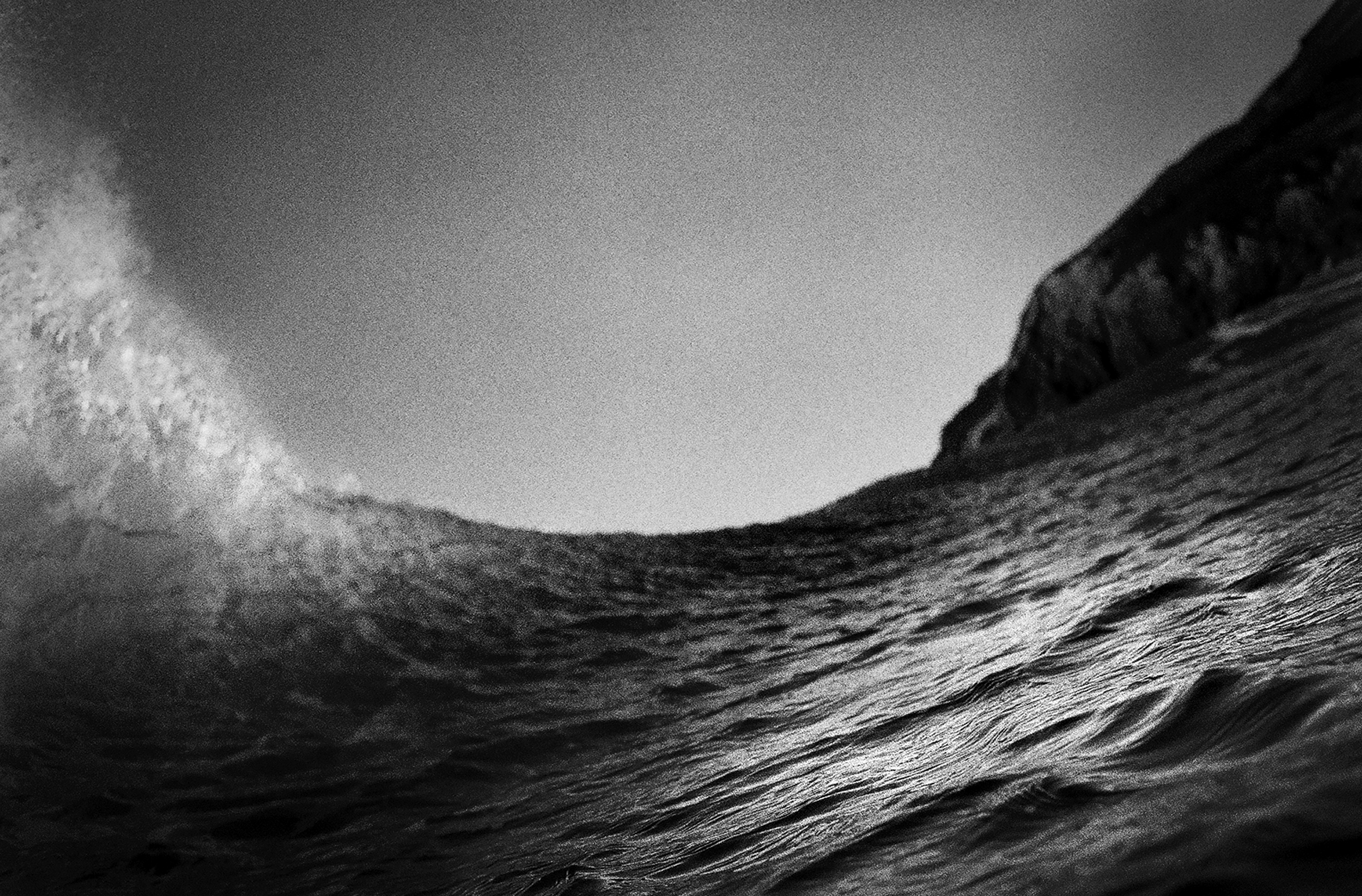 One time for no reason at all my kid brother and I decided to ride our bicycles from our small brick house all the way to Jones Beach. We got maps out of the family car and pored over them and concluded that it was about four miles to the shore. He was twelve and I was thirteen. We could cut through a few neighborhoods before we had to thrash along in the grass on the shoulder of the highway. Riding the shoulder would be a problem because twice the highway crossed bridges over the tidal flats and we would have to dismount and balance our bikes on the six-inch curb by the rail. We figured we would worry about this when we came to it. We supplied ourselves with one can of soda, two sandwiches, and one beach towel each. We debated about the surfboard. What if it was windy out on the highway and the board caught a gust and one of us was obliterated by a truck? Mom would be mad and the surviving son would be sent to his room for life and never again see the light of day and wither away, pale and disconsolate. But we tested the wind with our fingers and it didn’t seem too bad, so we brought the board, which was five feet long and fatter than it should have been. We’d worked on that board every day during the summer with wax and affection and dreams of glory. The board was obstreperous, however, and no matter what we did, it was too much for just one of us to manage on his bike. So we decided to carry it between us, and in this ungainly manner we set off for the beach.

For a while all was well except for the amazed looks of passersby and their occasional ostensibly witty remarks. Why people try to be witty when the only available audience is the very people they are trying unsuccessfully to be witty about is a mystery to me. Finally we climbed the embankment up to the highway and headed south to the beach. Just then my brother reminded me that we would have to pass through the tollbooth constructed so that city planner Robert Moses could recoup the tax dollars he had spent providing Jones Beach as a gift to the people of New York State. Our older brother worked there as a toll collector, but he wasn’t the sort of brother you might casually ask a favor of while he was on the job, and there was no way around the toll unless you could swim with your bike on your back. We decided we would worry about this when we came to it.

We soon grew weary, and the surfboard was incredibly heavy, so we stopped and ate a sandwich as the cars whizzed by, and one car threw a beer can at us for no reason we could tell. Because we were both reading the Hardy Boys books at that time and wanted to be detectives, we got the license-plate number and my kid brother, who had a ferocious memory, memorized it and also wrote it in the sand just in case. We proceeded on. Now there were flies and mosquitoes but also rabbits at the foot of the dense bushes beside the shoulder. We came to the first bridge and after a brief discussion decided that we would walk our bicycles one by one along the curb and then come back for the surfboard. A guy slowed down to help us (or rob us) as we were walking the surfboard over but we waved him on impatiently, using the glowering faces we admired on construction workers and our older brother who worked at the tollbooth up ahead. We used the same plan at the second bridge, although this time a gust of wind did come up and we were almost blown into the highway just as a truck roared past and we were nearly obliterated and we made a deep and secret pact never ever to tell our parents about this incident, a pact I am reluctant to break even now. This experience made us hungry, so we ate our other sandwiches and drank our sodas and buried the cans in the sand for archaeologists to find in the twenty-seventh century. We proceeded on. The highway led inevitably to the tollbooth and, as expected, there was no way around without being seen from the state-police office; Robert Moses was no fool. As our mother said, you had to admire the devious energy of the man, even though he was an arrogant tyrant who should be in prison for destroying a thousand neighborhoods and their vibrant cultural fabric.

By now we were exhausted and hot and thirsty and both of us would have cried if the other hadn’t been there. We sat for a few moments reconnoitering and then my kid brother, to my amazement, walked right up to the tollbooth and knocked on our older brother’s window and our older brother took a break and drove over in a battered gray state truck and put us and our bicycles and our surfboard in the truck and took us to West End 2, which was and probably still is the best beach in New York for surfing, and we surfed there for the rest of the afternoon, not very well, until the end of our older brother’s shift, at which point he came to get us in his Ford Falcon and carried us home. On the way we were so tired that we both fell asleep together in the narrow back seat. We were so tired that we stayed asleep even after we got home and our older brother quietly unloaded our bicycles and the surfboard. I did wake groggily when he closed the trunk of the Falcon, and I saw him with one hand on each bicycle and the surfboard under his arm as he walked to the garage to put them away. Even today all these years later, when I think of our older brother, that’s one of the first things I remember. You’d think I would remember him in his tuxedo on the day he was married, or in his flowing academic robe on the day he earned his doctorate, or hoisting up his kids delightedly like tiny loaves of bread on the days that they were born, or even gaunt and grinning in the weeks before he died. But, no, it is him tall and thin and silent as he walked our bicycles and our surfboard back to the garage at dusk that I remember the most — a slight thing, by the measurement of the world, yet to me not slight at all but huge and crucial and holy.

One reason I subscribe to The Sun is to read whatever Brian Doyle writes. His essay “To the Beach” [October 2015] is luminous.

Susan Varon Taos, New Mexico
More Letters
What Do You Think? We love getting letters to the editor for our Correspondence section.
Has something we published moved you? Fired you up? Did we miss the mark?
Send A Letter 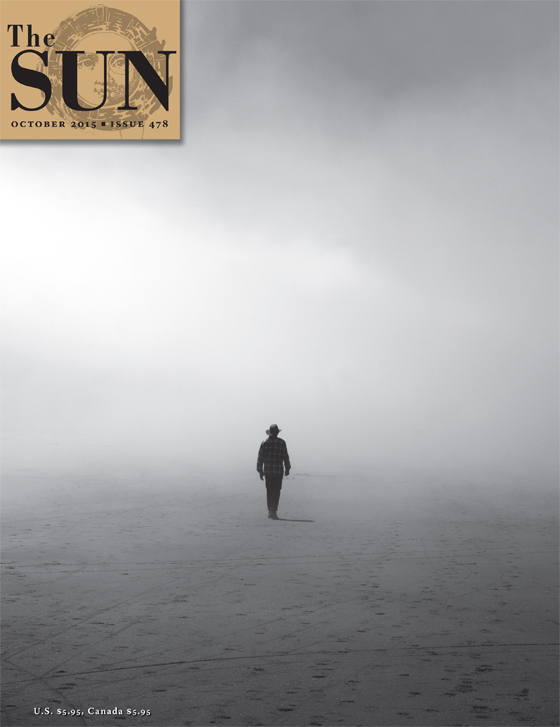 By Tony Hoagland
The Sun Interview

The Geography Of Sorrow

Francis Weller On Navigating Our Losses

excerpted from
A Grief Observed