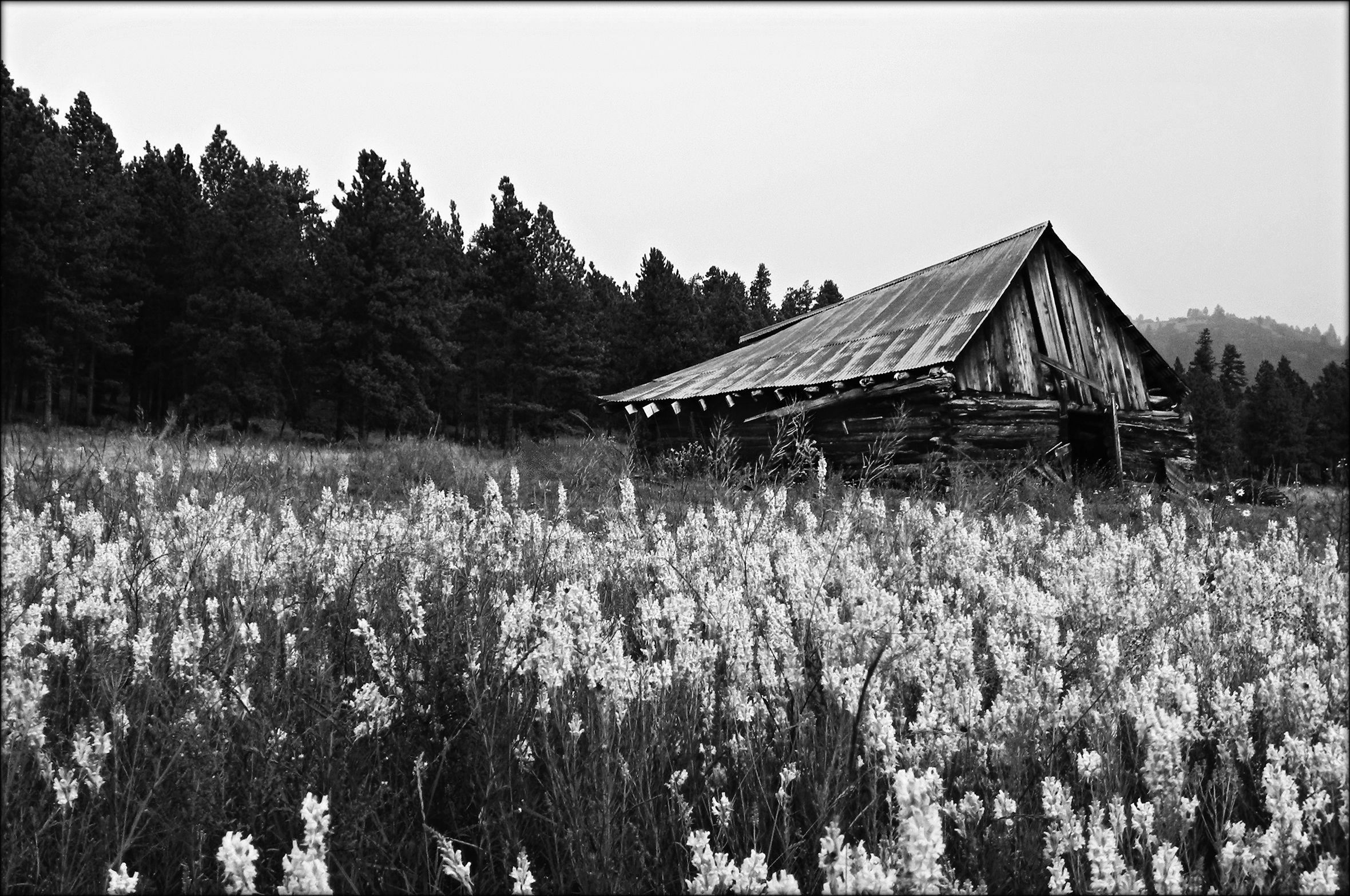 My wry and remarkable sister, who had been through the three days of mud and drugs and magic and heat and music at the Woodstock Music & Art Fair of 1969, drove me the next summer from our house on the south shore of Long Island to the town of Woodstock, New York, where she lived. I was thirteen and she was twenty. We rode in her battered Ford Falcon, which muttered darkly if you asked it to go more than forty miles an hour. The trip took three hours. Along the way we talked about the Woodstock Music & Art Fair, which had actually been held on a dairy farm some sixty miles from Woodstock and had featured no art that she remembered.

I was just beginning to love rock music, to be braced and elevated by its roar, and I had already come to heartily dislike the folk artists whose records my sister and older brother had played throughout my childhood: Peter, Paul and Mary, the Weavers, the Pentangle — sensitive inane pap that I still struggle to enjoy, although I am much more polite about it now. All I wanted to hear about was the roaringest music she’d experienced over those three days of mud and magic, and she obliged me. She had indeed heard Jimi Hendrix’s morning set on the last day, sitting close to the stage and turning to gaze at a vast field of muddy blankets and exhausted kids and garbage, and she remembered snatches of sets by Santana and the Who and Canned Heat and the Paul Butterfield Blues Band.

But what she remembered best — and this tells you something piercing and true about my wry and remarkable sister — was how she had gotten to the Music & Art Fair early, with her prepaid ticket (cost: eighteen dollars), and as soon as she’d seen the traffic jam and the massive lines of young men and women walking past abandoned cars and the crowd carefully trampling the temporary fences and strolling into the Fair ticketless and laughing, she’d realized that what had been billed as a festival for fifty thousand music lovers was going to be something else altogether; and, being who she was and is, she immediately sought out the medical tent and anyone with a shred of authority who would know how to distribute food and water, and she spent the next three days handing out water and sandwiches and blankets (for even in August it is cold at night in the Catskill Mountains), and catching shreds of sleep, and, yes, listening to music.

It seems to me even now, nearly fifty years after the Music & Art Fair, that the stories told about that event are mostly about the famous musicians, and the drugs, and the epic crowd, and the political and financial wrangling over money, and what bands were invited and declined and regretted it ever after; but perhaps the real story of that festival is not the four hundred thousand attendees, or the extraordinary music, luckily preserved for all time by documentary filmmakers. No, perhaps the deeper story, the better story, the more substantive story, is how a sudden city of young Americans arose briefly on a hillside for one summer weekend, and no one got beaten up, and hundreds of people like my sister handed out water and sandwiches and blankets.

People still do that sort of thing all the time, every day, in every city and country in the world, and we never talk about it, because most of the time we are hearing and talking and arguing about the reverse.

I am weary of the reverse. I do not think that evil and greed and violence are the definitive characteristics of our species. Many readers will sneer at me for this, and they are right to be cynical and skeptical, for evidence of evil and greed and violence is everywhere at hand. Yet there are also millions of people who hand water and sandwiches and blankets to millions of other people. What are we to make of that?

The man who owned the dairy farm on which the Fair was held was named Max Yasgur. He was born in New York City to Jewish immigrants from Russia. He owned 650 cows. He was forty-nine years old. When he saw how many people had shown up, he instructed his children to give away all the milk and dairy products on the farm to help feed the crowd. On the third day of the Fair he made his way to the stage and gave a speech that was captured by the film crew’s cameras. You can find it on the Internet if you want to hear his amused reedy voice and see his short-sleeved white shirt flapping in the breeze. “I’m a farmer,” he said. “I don’t know how to speak to twenty people at one time, let alone a crowd like this. But I think you people have proven something to the world: . . . that a half million young people can get together and have three days of fun and music, and have nothing but fun and music, and I . . . God bless you for it!”

His farm had been nearly ruined; many of his neighbors remained so angry at him for hosting the Fair that they never spoke to him again; he went back to work, but he sold the property two years later, and he died two years after that, of the weak heart he’d suffered from all his life. But I believe Max had a great heart. He said, just before he died, that if people would join together in the spirit of that sudden city on his farm, America could push past its problems and fears and become a new sort of country. I think he was right. How easy it is to sneer, how easy to snicker and deride; but there is my wry and remarkable sister, handing out water and sandwiches and blankets, and there are Max’s kids, handing out free bottles of milk and wedges of cheese, and there are the millions of people all over the world, in every city and country, handing out water and bread and blankets, and what are we to make of that? What are we to make of that?

During this miserable political campaign and other world events, Brian Doyle’s essay “The Sudden City” [April 2016] was a little ray of light. As a former flower child, I particularly enjoyed the anecdote about Max Yasgur, on whose farm the famous Woodstock festival was held. Hooray to him, and to Doyle’s sister, and to the people in the world like them.

I love Brian Doyle for his wistful wisdom and wishful thinking in “The Sudden City” [April 2016], where he talks about how peaceably everyone behaved at Woodstock and sees that as a possibility for humanity as a whole. I remember Woodstock, too, but not as Doyle’s sister did. We were a boozy bunch of narcissists out for a constant high. The concert was merely a fine excuse. Greedy, toxic self-centeredness was our defining characteristic.

Peace seems unlikely given how rarely we manage to be kind to one another, but, like Doyle, I’m still hopeful.

In his essay “The Sudden City” [April 2016] Brian Doyle applauds those who care about other people despite the evil, greed, and violence reported in the media on a daily basis. It has always mystified me that the so-called leaders of nations do not strive to leave behind a better world for their descendants.

Our country’s aggression and terrorism do not bode well for our future. If we were genuinely motivated to defeat terrorism, we would talk to the terrorists instead of creating new ones through our drone attacks and military tactics.

Jo Kontzer Sedona, Arizona
More Letters
Thank You Your donations helped to keep our ad-free, nonprofit magazine in circulation last year, funding everything from production to distribution. Learn how you made a difference last year. Learn More 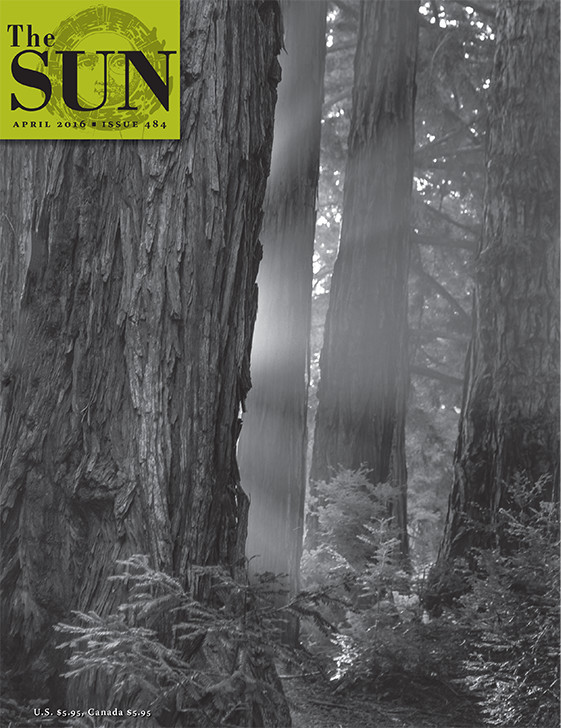 The Serpents Of Paradise

Intrigue In The Trees