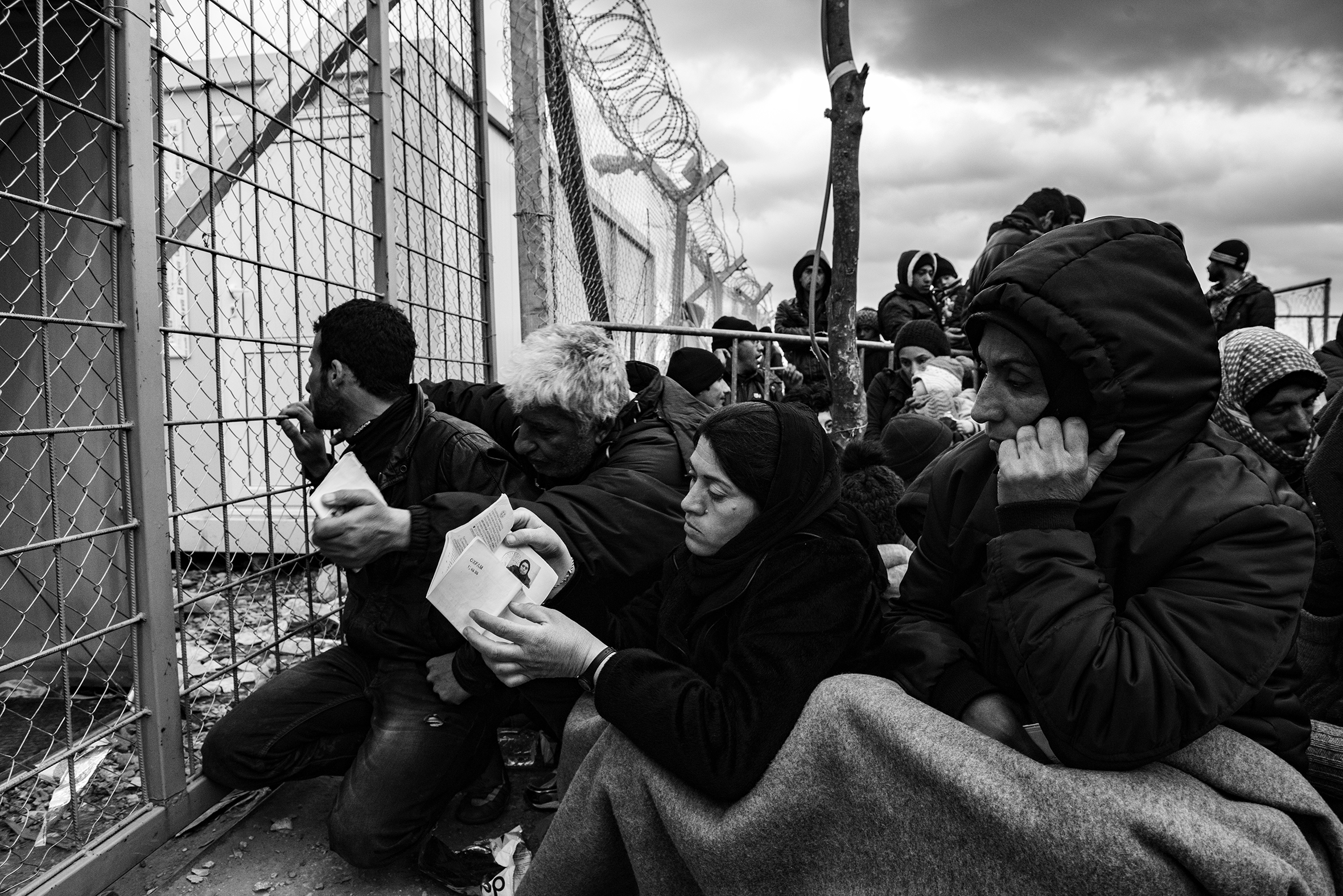 In March 2016 Turkey agreed to stem the flow of migration. Some European nations also closed their borders to the refugees. Unable to move forward or go back, more than fifty thousand migrants were stranded in Greece, one of Europe’s poorest countries. Fourteen thousand got stuck in the village of Idomeni, where they’d been trying to cross the border into Macedonia, and the area around a train station there became an unauthorized refugee camp.

Photographer Szymon Barylski visited the camp that March to document the situation. He found the refugees living in rain-soaked tents with limited access to clean water and bathrooms. Most were unprepared for the cold weather. We present a selection of his photographs here. More can be seen on his website, szymonbarylski.com.

The Greek authorities eventually relocated the Idomeni refugees to state-run camps, some of them set up in derelict warehouses and factories, where conditions were not much better. As this issue goes to press in December 2016, the number of refugees in Greece remains largely unchanged. Most are still living in overcrowded camps. Tensions have sparked rioting on islands in the south. In the north thousands face winter without heat.

As an inmate, I was moved by Szymon Barylski’s pictures of Syrian refugees [“On the Border,” February 2017]. I recognized the razor-wire fences and the sullen resignation of those being held. The difference between them and me is that I did something to earn imprisonment. It breaks my heart to see children and families subject to such conditions simply because they sought to escape the violence and chaos of war. And it makes me angry that so many of us lack the compassion to help our neighbors, no matter where they come from.

Robert Dziekan Raiford, Florida
More Letters
What Do You Think? We love getting letters to the editor for our Correspondence section.
Has something we published moved you? Fired you up? Did we miss the mark?
Send A Letter

By Krista Bremer
The Dog-Eared Page