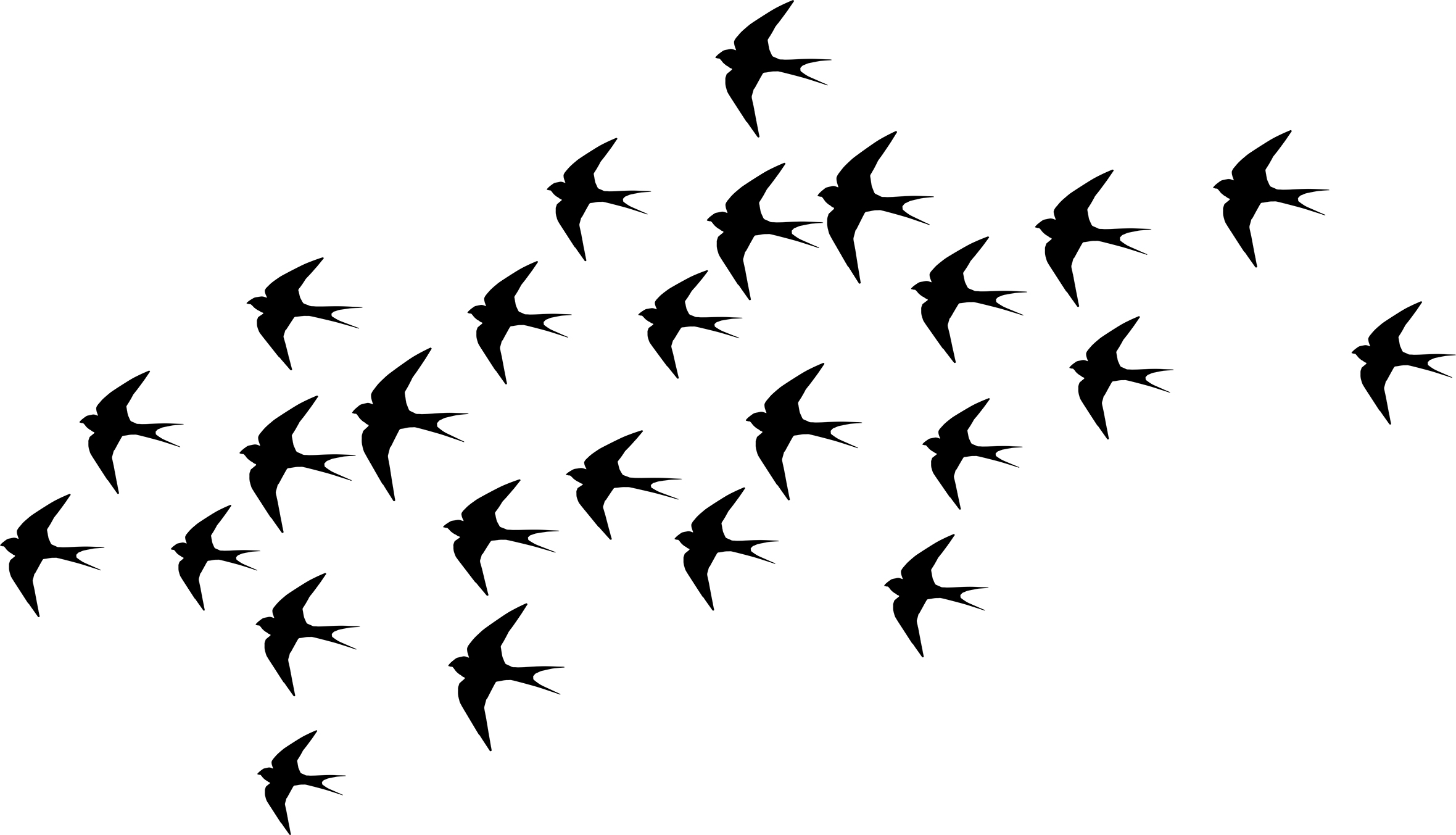 After fifteen years in prison I was beginning to assume my life couldn’t get any more lopsided and annoying, but now some cruel functionary has started a war against the local swallows.

Each day at dawn and again during the fading light of dusk I watch the hardy little birds hurtle by the hundreds across the sky, coasting and whipping about in unison, exercising perhaps or catching bugs or flying just for the joy of it. They wheel through the air like drunken, feathered acrobats, breathtaking and beautiful.

American cliff swallows have been coming here to San Luis Obispo, California, for probably a thousand years, flying up from Argentina, I’m told. The California Men’s Colony is in the middle of their nesting ground. Once here, they industriously search out globs of mud and build nests that resemble tiny desert igloos. As if the prison existed for their convenience, the swallows make their lairs in a central area we call the “plaza”: a couple of trees and some sickly grass surrounded by a three-story-tall catwalk made of steel girders. Staff and convicts march through the plaza each day to go to work, school, the library, and so on, while above us, in the niches and nooks of the steel beams, the birds construct nests three to four inches apart — a few thousand of them. The prison is like an aviary of sorts, except the swallows are free and the humans are trapped. As we trudge back and forth, they stare down grumpily, as if we are trespassing.

Little assassins, the swallows seem determined to eradicate from the sky any flying creature smaller than they are: mosquitoes, midges, moths, spiders — yes, spiders. In the hills surrounding the prison dwells a species of ambitious arachnids who somehow get to the top of our absurdly tall light poles and lay thousands of eggs up there. On the first windy day after the babies hatch, they spin parachutes and take off all at once. Most of this spider armada is caught and eaten by the swallows, thank God, but last year the baby spiders launched themselves while the birds were off somewhere. (Perhaps they had heard of a special mud for their nests in another county.) The spiderlings spread across the yard, the buildings, and the grass; they landed on our clothes and in our hair. When the swallows returned, it was a massacre as thousands of them swooped about, eating any spiders still aloft. The baby spiders took it stoically as hundreds of their comrades made it to the ground. The swallows perform their complicated aerial gyrations with a grace that’s alien to our clumsy human world, and without crashing into each other and falling to the ground like Icarus, or me.

For nine years I’ve observed this process: the birds arrive, build nests like hyperactive construction crews, twirl through the sky at dawn and dusk — sometimes mock-fighting for obscure reasons — and keep us safe from countless bugs. Eggs are laid, and the mock-fighting increases as the birds defend their nests from each other. After about two weeks the fledglings hatch and begin mindlessly cheeping for insects and whatever else is on the menu. In quick order the baby birds are stumbling around on the girders, careless of danger. (The hideous local sea gulls sometimes eat them.) Once the kids are as big as their parents, the families fly about together for three months or so, dealing further blows to the neighborhood bug population. Then, like a traveling theatrical troupe, the swallows put on one last show — the whole huge swarm of them spinning and swirling in a cloud of feathers — before leaving town, headed back to South America or Jerusalem or wherever; it’s all rumor to me. We’re not allowed access to the Internet in here. Maybe you can google it and find out where the birds really come from. The Jerusalem story involves an implausibly tall tale of swallows carrying twigs over the Atlantic so that they can occasionally float the sticks on the ocean’s surface and rest on them. Even the myths about these little birds are remarkable.

But now, while the swallows are out hunting, some deranged prison bureaucrat has decided to destroy their nests and cover the steel girders with nets to discourage the birds from returning. Watching the crews break up the nests and put up the nets is aggravating; the dauntless birds already have to deal with hurricanes, hungry hawks, foxes, and a multitude of other natural threats. In the library I try to find an address for the National Swallow Association or some such group. I learn that swallows have had problems with humans before: Near the end of the 1800s the colorful feathers on the barn swallow’s rump were fashionable hat accessories. Everyone from politicians’ wives to prostitutes wanted them. Hatters killed barn swallows, plucked the tail feathers, and threw away the remains, nearly driving the species to extinction in the pursuit of fashion.

Soon our swallows come back to find their nesting spots destroyed, and they are outraged for an entire day. Since they often seem quite mad to start with, it is disturbing to see them really lose their temper. They hunt that night as usual, taking out their fury on the bugs, but the fluidity and poetry are gone. Their evening feast is gory and tumultuous instead of elegant. Whereas before they moved together as a flock, now dozens fly helter-skelter, almost but not quite running into buildings or each other. I am worried: for the birds, for the eggs that will have no place to be laid, for nature itself.

If the prison administrators wanted to handle a bird problem, I don’t know why they didn’t start with the cursed sea gulls, who are here year-round, fighting over garbage, squawking obnoxiously, and shitting on everything with wild abandon.

I don’t go near the plaza for an entire weekend. Then on Monday, walking to school, I see that the determined swallows have built new nests everywhere: in light fixtures, on trash cans, on top of other nests, hanging from the nets like a magician’s levitation trick. The nests have odd shapes, and many are bigger than usual. Previously we humans probably seemed to the swallows like incompetent, skinny bears — a nuisance to be ignored — but now I get the impression they are keeping an eye on us. They are certainly not about to yield or surrender.

Whoever ordered the destruction of the nests and the erection of the nets is refusing to come forward, but I don’t care. What’s important is that the culprit gave up after the first round. As with most official happenings at the California Men’s Colony, the war’s purpose and motive will remain a mystery. Meanwhile this year’s birds are laying eggs, and things have returned to what passes for normal around here, except there appear to be twice as many nests and swallows as before.

I respect your ongoing inclusion of inmates’ essays, poetry, and contributions to Readers Write. Your October 2017 issue was the most meaningful in months. I plan to use Aaron Carnes’s interview with Henry Robinett in my humanities class, accompanied by “The Nesting Ground” by Saint James Harris Wood.

Catherine Kigerl Washington State
More Letters
Thank You Your donations helped to keep our ad-free, nonprofit magazine in circulation last year, funding everything from production to distribution. Learn how you made a difference last year. Learn More 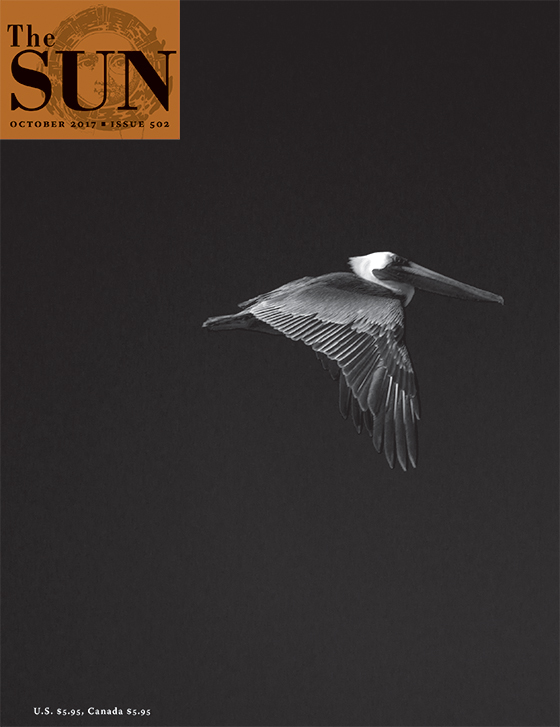 I Was Reading A Poem

We Are All Children Here