“One Nation, Indivisible” features excerpts from The Sun’s archives that speak to the current political moment by giving readers perspective on the past and determination to face the future.

The entire political landscape has changed radically in the last thirty years, yet the environmental movement acts as though proposals based on “sound science” will still be sufficient to overcome ideological and industry opposition. Environmentalists are in a culture war, whether we like it or not. It’s a war over our core values as Americans and over our vision for the future, and it won’t be won by appealing to the rational consideration of our collective self-interest. . . .

According to a survey of fifteen hundred Americans by the market-research firm Environics, the number of Americans who agree with the statement “To preserve people’s jobs in this country, we must accept higher levels of pollution in the future” increased from 17 percent in 1996 to 26 percent in 2000. The number of Americans who agreed that “most of the people actively involved in environmental groups are extremists, not reasonable people” leapt from 32 percent to 41 percent over the same period.

The truth is that the environment never makes it into most Americans’ top-ten list of things to worry about. They support protecting the environment; they just don’t support it very strongly.

“The Death of Environmentalism,” Michael Shellenberger and Ted Nordhaus, February 2005

The Sun: Why can’t we talk about climate change in a more intelligent and open manner?

Barbara Kingsolver: . . . The short [answer] is that we believe we collect evidence and then use it to make up our minds, but in fact we make up our minds and then collect evidence to support our beliefs. Almost all of us work that way, more or less, unless we are scientists trained to ask unbiased questions. But the normal human decision-making process is mostly subconscious. We take in information only from sources we trust, whether that’s Rush Limbaugh or NPR or a church pastor or a co-worker. We make these kinds of animal decisions about who’s on our team, and then we pretty much believe what they say.

So lobbing facts over the wall at the climate-change deniers is useless, especially while we’re also saying, “Look how stupid they are.” It’s not going to change anything. What might change the deniers’ minds is if someone like a church pastor talks to them about the “green covenant,” the ways in which the Bible calls on us to take responsibility for God’s creation. That might be taken to heart. But some scientist from out of town who rolls in and starts lecturing people won’t convince them.

In considering the problems that exist in this world, we somehow maintain the delusion that hatred is helpful. I hate pollution, so the whole time I’m driving my car I’m hating the traffic and hating the exhaust fumes and asking, Why doesn’t the Environmental Protection Agency do something about this? Of course, I have to drive; I lead a busy life. And I have to fly; I know it’s ecologically unsound, but how else would I get across the country? So here I am, trying to figure out who is doing something wrong, whom to hate. That is our usual approach to rectifying problems.

The Sun: Who are the oppressors in the climate-change movement?

Kathleen Dean Moore: Transnational petrochemical industries, their leaders, their investors, and the politicians they control.

For a long time activists were unclear about this. The corporations were happy to claim that they were simply responding to public demand. Only recently has it become clear how much corporations have been manipulating public demand. They build and maintain infrastructures that force consumers to use fossil fuels. They convince politicians to kill or lethally underfund alternative energy or transportation initiatives. They increase demand for energy-intensive products through advertising. They create confusion about the harmful effects of burning fossil fuels. They influence elections to defang regulatory agencies that would limit Big Oil’s power to impose risks and costs on others. And, whenever possible, they work outside of democracies.

There’s a disconnect in our culture separating what people do from what they really care about. I love my children and my grandchildren more than anything else. I care about their future. I love this world with a passion. The thought that we might be losing songbirds, trading them for something I don’t care about at all, like running shoes, makes me angry. And still I drive to the store and buy running shoes. I don’t think I am different from other people in this regard.

We have become so alienated that we are destroying our own life-support systems. You can’t name another animal that does that. Nonhuman animals know that if they eat a certain insect for food, then they shouldn’t destroy the flower that feeds that insect. . . . The Chukchi people in Russia say, “Everything that is, is alive.” In contrast, we have created artificial environments that enable us to forget that we inhabit a living planet. If we ask children where chicken comes from, many of them will answer, “The supermarket.” We have forgotten that we are a part of the earth. As a result, we don’t take care of the planet or feel that it is here to take care of us.

I was part of an ecopsychology symposium in 1993 in which we met a famous gardener who grew food as organically as possible and who drew upon indigenous methods to tend the soil. This man was deeply connected to the earth. I asked him: “If you could tell people one thing that might improve their relationship with the earth, what would it be?” He told me that twenty-five years ago he would have urged people to move back to the land and plant a big garden, but now he would simply say, “Just grow something edible, even in a pot on your windowsill. Grow something, and see how the earth nurtures you.”

It’s dangerous to think of ourselves as loathsome creatures or as perversions of the natural world. We have a rightful place, and we need to rediscover that rightful place. In photographing nature scenes, we often try to avoid having a human being in them. A natural place with human habitation blended into it is beautiful, too. In our society, we distance ourselves from the natural world by creating parks and wilderness areas where our only role is to go in and look. And we call this loving it. We lavish tremendous concern and care on scenery, but we ignore the ravaging of environments from which our lives are drawn. . . .

When you have a better sense of the way the environment flows through your own body, you’re liable to work harder at taking care of the environment. The cornfields of Iowa are what you’re made of. If those fields are poisoned, then that poison is running through your body. If the soil of Iowa is eroding into the Mississippi River, so is your body and your children’s and your grandchildren’s bodies.

“The Way of the Hunter,” Richard Nelson, interviewed by Jonathan White, May 1992

Look at our present moment in history. Since World War II the U.S. has gone wild with fossil fuels and piled up carbon in the atmosphere and destroyed habitats and created toxic sites. If you focus only on that, it’s discouraging. But [poet and environmentalist Gary] Snyder would say this is just a brief moment in time. We can’t continue this way; nothing that is not sustainable will be sustained for long.

Our society is like an heir to a fortune who is also an alcoholic. He drinks his way through each day, but he can’t go on forever. There are only three possible outcomes: he’ll drink himself to death, he’ll run out of money, or he’ll sober up. It’s the same for us with petroleum. We’re running out of resources; we’re fouling the nest; we’re poisoning our natural systems, throwing them off kilter; and we can’t do it forever. I once heard Snyder predict that not much is going to get better in fifty years or even two hundred years, but several hundred years out we may begin to see some progress. That’s a strange thought, because we’re always focused on the next quarter’s earnings or the next election cycle. There is comfort to be found, however, in the fact that balance has to be restored eventually. It might not happen in our lifetime. It might be restored cataclysmically. It might not look so good for our government or our economy. But one way or the other there is a flow toward balance.

Optimism is a political act. Those who benefit from the status quo are perfectly happy for us to think nothing is going to get any better. In fact, these days, cynicism is obedience. What’s really radical is being willing to look right at the problems we face and still insist that we can solve them. A stubborn commitment to solving problems and a faith in our ability to do so doesn’t need to be naive.

A healthy skepticism is always warranted; we shouldn’t believe everything we read. But the pervasive cynicism that has infected American culture is self-destructive and plays right into the hands of those who want the status quo to continue a little longer because there’s money to be made. . . .

For too long progressives have been obsessed with critiquing and pointing out the problems. They’ve forgotten to have conversations about the solutions, which engage a wider spectrum of Americans. When you talk about solutions, you can transcend some of the political barriers that keep people apart. 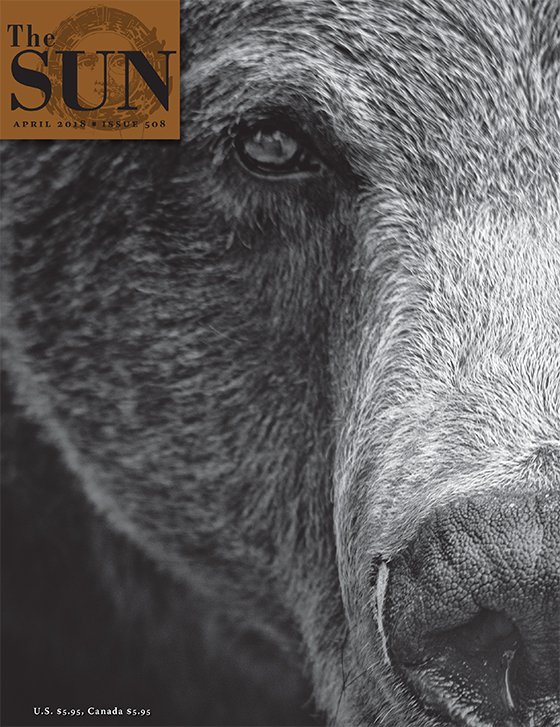 A Place For Songs