The Count | By Gary Percesepe | Issue 554 | The Sun Magazine
close 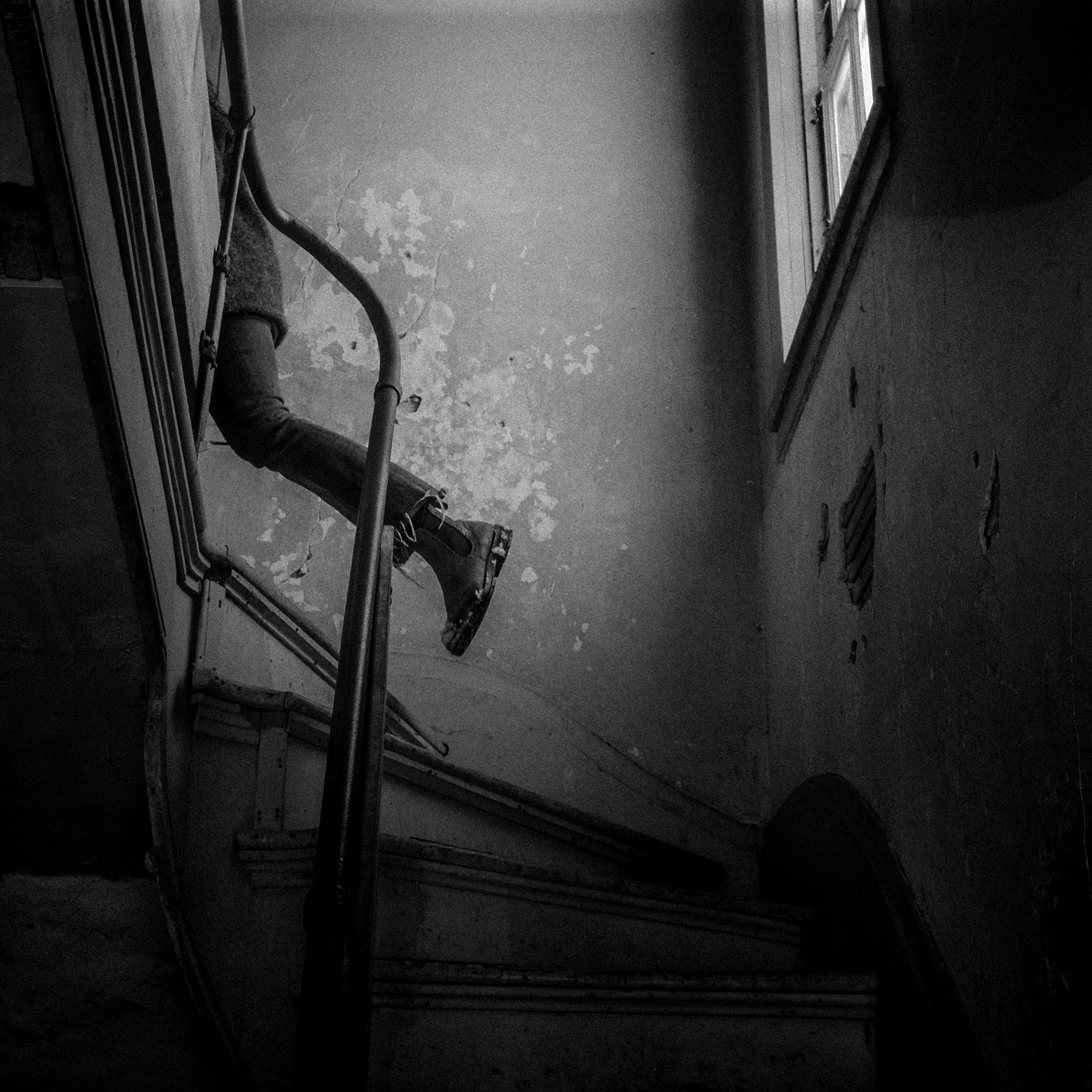 count vb (late 14c) “to enumerate, assign numerals to successively and in order; repeat the numerals in order”; also “to reckon among, include,” from Old French conter “to count, add up,” also “tell a story”

Growing up in the city of Yonkers, New York, on the edge of the Bronx, I learned to count. I counted cars, traffic lights, lines in the pavement, the number of steps to school, the amount of change in my pocket. I would count repetitively. I lived in a spacious apartment on Lawrence Street with my family, whose numbers had decreased by one when my older brother, Tommy, died but would soon return to the previous number, five, because my mother was pregnant.

As I grew older, I found it useful to count by tens, so that I would not lose count. I counted everything the city presented to me, from birds on a wire to cars unloading from the car carrier at the Buick dealership. I counted the number of seconds it took to lace my shoes; to button my shirt; to go from my bedroom to the kitchen, kiss my mother, and walk down the steps of the apartment building. I counted because I had told myself that if the count was right, my mother would be spared. My father would not die. My older sister, Jeanne, would make it to high school. But only if I kept the count.

Fourteen steps down from our third-story apartment to the landing. Fourteen more steps to the lobby. Twelve more to the door, then two steps down to street level.

I developed a fondness for baseball. The Yankees were my team. Baseball is a sport of counting: Runs and hits. Balls and strikes. The constant question “What’s the count?”

As a boy in Sunday school I learned the Old Testament story of the Passover — how the Jews put blood on the doorways of their houses so that the angel of death would pass by, sparing the oldest boy child. I did not question this arrangement. It made perfect sense. I had Jewish friends. I did not want to lose them. I had lost an older brother. His death had made no sense and was not discussed in my house. The Passover story was a terrible one for a child to hear, but I recognized the logic: if you got something right, death would pass you over. I was not surprised to learn that the fourth book of the Torah was the book of Numbers.

I am four. My sister Jeanne is six. We live on Stanley Avenue, a crooked street just above the Hudson River. (This is before we moved to Lawrence Street.) Outside, it is snowing madly. We watch from the window as our father shovels out the car. He is dressed in a heavy coat and black gloves. We can hear the car’s engine idling roughly, its windshield beaded with melting snow. My father has a toothache. He comes into the apartment and calls for my mother, who searches the bathroom cabinet for aspirin. Nine-year-old Tommy, returned from sledding, takes the shovel and flails away at the snow, but he tires quickly. There is no end to the snow, and he is cold. Tommy climbs into the car to warm himself. My father returns to the car, sees his eldest son sleeping peacefully inside, and resumes shoveling. What my father does not know is that the tailpipe has clogged with ice. Carbon monoxide has seeped invisibly into the car. Tommy is not sleeping.

My counting intercepted death. This was, I later learned, magical thinking.

When I was in fourth grade, the president was shot. The principal waited until 2:55 PM to make the announcement. She was an old woman who wore starched white blouses and pleated skirts. She spoke over the intercom from the principal’s office, where they kept the big microphone. President Kennedy has been shot, the disembodied voice said. Please pray for the president. Walking home, the Catholic kids stopped at St. Denis to pray. By the entrance was a bowl of water they dipped their fingers in before crossing themselves. I was not Catholic. My parents were Protestants and would not allow me to visit Catholic churches with my friends. I went inside anyway. I wanted to dip my fingers in the bowl and cross myself, but I didn’t dare. I walked out of the church and counted the steps home.

The December I was in sixth grade, there was a terrible fire after school. The Jewish kids had gone off to Hebrew school at the Jewish Community Center, and an arsonist had set the building ablaze. The next day Leslie Green was not in her seat beside me. Leslie was my science partner and friend. We’d practiced a fifth-grade version of flirting, modest and kindhearted. We shared a pencil. She had been killed in the fire. Her younger sister, Eliza Ann, was also killed. I looked at the empty seat beside me. My teacher asked if I was OK. I said, Where is Leslie? I don’t remember what she told me. No psychologists visited our school. Leslie’s chair remained empty for the rest of the year.

In high school I developed the habit of praying for strangers. A number appeared to me: one hundred. I needed to save one hundred of my classmates. In the hallways, in chemistry class, in English, in gym, and on the bus, I prayed fervently for each person I saw: that the day would go well for them, that they would be safe and free from suffering, that they would be spared for now from what we all knew was coming but did not know when. When I got my driver’s license, I prayed for the occupants of cars on the parkways of Westchester, especially those who drove alone: Please, God, save this person. Shoppers in the supermarket or pharmacy, worshippers at my church and the churches and synagogues of my friends, the truck driver, the doorman — each time I passed an apartment building, I counted the number of stories, multiplied by the number of apartments on each floor, and prayed for them all. The girl in the tan raincoat at the movies, the lunch lady at school, my basketball coach, the teachers, even the principal received my prayers: Please, God, save them.

On the seventeenth day of the second month of 1958, my father carried my brother forty-one steps from the snowy street into the kitchen of our apartment on Stanley Avenue. Tommy was blue. They tried to revive him on the kitchen table, but it was no use.

Afterward Jeanne and I were sent away to live with relatives. Each of my mom’s brothers took one of us. I don’t recall how long we were separated.

I counted in order that strangers and family might not die, but I couldn’t count for my brother. He was already gone.

Gary Percesepe’s essay “The Count” [February 2022], about the author’s response to the accidental death of his older brother, is a haunting depiction of the vulnerabilities of childhood. I wondered and worried about what occurred beyond the scope of that essay and was happy to see the story expanded in “Some Notes on Fathers and Sons” [August 2022].

Every family is a puzzle, and I found Percesepe’s writing a poignant reminder of what’s unique and what’s universal about our relationships with parents and siblings, especially those who are no longer with us.

Kerry Langan Oberlin, Ohio
More Letters
What Do You Think? We love getting letters to the editor for our Correspondence section.
Has something we published moved you? Fired you up? Did we miss the mark?
Send A Letter

My Father’s Messages Erased From My Answering Machine