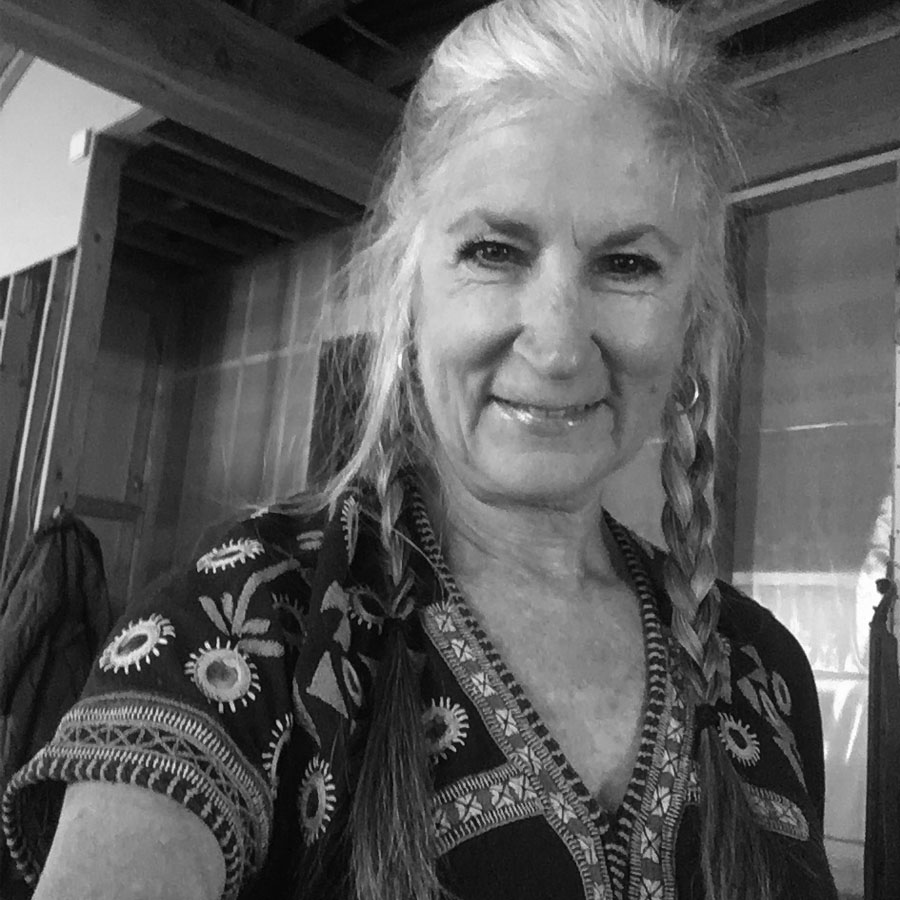 Leslee Goodman lives in Twisp, Washington, a tiny town with such a big sense of community that she made a film about it. She is currently producing a documentary on Native Americans and grizzlies.

— From November 2021
The Sun Interview

Paul K. Chappell On The Urgent Need For Peace Literacy

The most dangerous weapons of war in the twenty-first century are not bullets and bombs; they are the weaponization of this rage, mistrust, alienation, and other tangles of trauma, which make all forms of violence more likely.

The Mystic And The Warrior

Radical Priest Matthew Fox On Loving And Defending Our World

David Krieger On The Continuing Threat Of Nuclear Weapons

The path to security can only be through total nuclear disarmament. We cannot indefinitely maintain a world of nuclear haves and have-nots, and we cannot go attacking every country that we think might be on the path to making a bomb.

Yet I remind people that what’s referred to as a single tree-sitting action was, for me, 738 separate days: twenty-four hours in a day; sixty minutes in an hour; sixty seconds in a minute. It was the moment-by-moment process that transformed me.

Fighting With Another Purpose

Veteran Paul Chappell On The Need To End War

Imagine if America’s reputation around the world were strictly for providing humanitarian aid and disaster relief; if, whenever there was a disaster, the Americans came, helped, and left. Then, if terrorists attacked the U.S., world opinion would be on our side. We wouldn’t have to defend ourselves against terrorists; the rest of the world would do it for us.

Certainly people have their preferences regarding music and other sounds they like to listen to, but I do believe there is an “ideal” soundscape, and I’ve given it a name: “sonesia.” It includes the sounds of wildlife, such as songbirds. It includes the gentle sound of insects and the sound of distant water. (Up close, rushing water can mask the other sonic elements of the environment.) All of these sounds are indicative of grassland, a savannah. That’s where humans evolved, along with songbirds, which are the best indicator of an environment’s suitability for human prosperity: where songbirds live, there is also sufficient food for humans.

Malidoma Somé On Rites Of Passage

There are certain experiences that, once you become privy to them, shatter so many things you have learned. When a shaman in my village takes me to a cave, opens a portal to another world, and walks there and back again, I have to ask myself, “What kind of technology is this?” When this same shaman lifts himself off the ground — that is to say, levitates — I have to wonder, “What kind of technology is that?” When another shaman is capable of walking on water, I have to wonder, “What is the technology that enables him to float?” And so on and so on. But modern science has grown so grandiose that it is unwilling to break out of its narrow thinking to explore alternatives that might better serve human consciousness and the world.

The Decline And Fall Of The Suburban Empire

I hear two themes that both represent a big fantasy. One is the techno-triumphalist fantasy that assumes we’re going to invent our way out of our problems: some mythical “they” will come up with a techno-rescue — a new miracle fuel to keep the cars running, or something like that. The other fantasy assumes that we’re going to organize our way out of this mess. Both tend to ignore the likelihood that we’re going to be living in a more disorderly society with a lot of people who are unhappy and perhaps violent and who are going to be making disruptive political claims.

Kittisaro And Thanissara On Celibacy, Sex, And Lasting Love

Being outside of the monastic community gives us the freedom to offer interfaith workshops and to include practices from other traditions. Also, because we, as a married couple, experience challenges that one doesn’t experience in the monastery, we have more empathy for the struggles of our lay students. We all need to work on those sharp edges that come up, especially in marriage, and to be more patient, gentle, and compassionate with each other.

January 2009
What Do You Think? We love getting letters to the editor for our Correspondence section.
Has something we published moved you? Fired you up? Did we miss the mark?
Send A Letter