“Proximity” first appeared in print in 1963 in the Journal for the Protection of All Living Beings, edited by the poet Lawrence Ferlinghetti.

The essay was sent to us by Robert Cooney, a SUN subscriber from Point Reyes, California, who thought it would “brighten” our day. It did — thanks Robert.

I called Ferlinghetti, author of Coney Island of the Mind and owner of the City Lights Bookstore in San Francisco, California, to get permission to reprint it and find out something about Kay Johnson.

He said Kay Johnson was a poet in Berkeley “who disappeared about twenty years ago.” That’s it.

So I have a game that I pretend, when I’m not allowed to pretend love, when no one else will pretend love with me. It’s true I fall in love much more often than any one person is supposed to do. It’s true that if I can be alone with any one person for an hour or two, I can achieve falling in love with him or her. But this is desperate, and they won’t believe it, and they won’t play it, my game of universal love. So I just go along, painting it.

For if they come again, I am all trembling.

For when I see them again, my eyes cry “Lover!” And they are all ashamed and embarrassed in front of me, for the husbands have wives and the wives have husbands already, and they do not understand this thing that I must do to them, having already done it to myself, for them.

And of those who are single, they are terrified.

But what in the hell do people think Friendship is, if it is not love, if it is not the whole love, the complete love, this completely being in love, complete as with a lover.

Yes, as proof of this thing, as proof of the reality of it, I could physically and mentally and emotionally sleep with everyone of them, as Saint Francis kissed the leper, I could kiss each one of them, I could unite sexually with each one of them. But how can I stop with one? I cannot stop with one. I cannot even have one at a time. I want all of them. Everyone manages to stop with one. They get one lover, and they stop with one. You have no idea the amount of will power this takes for them. They call it “infidelity,” this overt expression of universal love, when it’s expressed physically. But if souls love, the bodies are opened as easily, the bodies are only the houses the souls live in. If the soul is given, the body is opened as easily. The soul is the key to it all.

And here’s the trouble of it all.

They find if they let the soul flow out, the body is opened as easily, and everyone has no fidelity any longer, and everyone truly deep down in their soul wants to love everyone of them, as Saint Francis kissed the leper, I could everyone, and if we were all released from the barriers of our imaginations, the whole world would turn to an ecstatic holocaust and we would all be throwing ourselves upon the bodies of each other constantly, indiscriminately.

Because this is the nature of us.

Only a few wild ones dare give in to it.

These are called flirtations. We play at it, we joke, we kid each other about it.

For where the soul is completely given, where it is open, the body stands open as well . . . and to realize the potentiality for the essential whoredom of each of us . . . this is the monster that might threaten to undo us, this is the guilt that must be kept hidden.

I could physically and mentally and emotionally sleep with everyone of them . . . but how can I stop with one?

So heroically we inhibit, we pretend it is not so. And to achieve love on top of this denial of love, this takes a saint. But take our clothes off, and we are all saints in our most simple and passionate love for each other. Remove our inhibitions, and the love of man for man and the love of man for woman and the love of woman for woman and the love of woman for man is all the most basic reality our souls and bodies have been created for — this touching of each other on our skins, the physical warmth of another body, this is what we were created for. Even the warmth of an animal, even a dog’s lapping in our mouths with his solicitous tongue, there is pleasure there that he loves us and touches us, we could take pleasure in it, we could kiss the animal back, on his tongue, with our tongue. Our tongues are willing, our hearts are willing, but something tells us this is wrong, this touching of wet tongues between two animals, this love, and so we have convinced ourselves it is repulsive, that we do not want to be got wet by his tongue, that it is an imposition of him to want to lap us up, and we will not surrender to it, no we will not surrender to any kind of love. And how we do succeed at this! Lordy. We succeed so that we draw away instinctively from a dog’s wet tongue. We succeed to such an extent that we do not want his muddy paws on our clean clothes. We succeed to such an extent we have really convinced ourselves that our dresses, our white slacks, should not be over-run by dog hairs, by fleas, by animal smells, nor our skin even by his touch.

We convince ourselves we don’t like cats at all.

They, more than the dogs, are too openly sensuous. Do you know what they overtly do when they come and sit on your stomach at night? Do you know the rhythm they have, how with their paws they innocently knead your stomach and dare purr at the same time and rub themselves, their whole selves, against you, indecently as love and sensuality itself.

For the soul has been sublimated into sex.

This touching of each other on our skins, the physical warmth of another body, this is what we were created for.

The dog, the cat, when they rub us with their flesh, yes, with their flesh, when the cat kneads and purrs, when the dogs want to kiss us in the mouths . . . oh the sensual and beautiful soul of the animal, it’s not the full sexual union of its sexual organs with yours it’s asking for . . . but simply closeness, the closeness of its little sensual soul, which is its body, the touching of the skin, the lying down close to each other and curled up against each other, the transmitting of warmth from skin to skin, the transmitting of kisses and moisture, the lying close to each other for a long time, exchanging of something electrical, a charge that leaps from skin to skin, this touching of skins as friends lie down together, as friends want to be holding each other’s hands, want to be putting an arm across a shoulder, want to be somehow unaccountably sitting close, next to each other.

This is in itself, fulfillment.

This is something which is not known, today.

The sexual organs have a different kind of love all by themselves. But the love simply of the skin for another skin, one bodily warmth for another warmth, of the contact of one being for the contact of another being, this is a spiritual sensuosity, which does not seek to consummate itself, by the use of the sexual organs, which is satisfied innocently and fully and completely, simply by the sharing of its warmth, by the skin contact, by the kiss, by the moisture.

And even where there is the love of the soul, all innocent and natural, society in its very fear of sexuality proclaims that sex is what’s wanted after all. So we aim for it, as if it were a target, and we will not be contented, no we will not allow ourselves to be contented, until we thrust our arrows in that red place, in the target’s sexual center.

But it is not sexual union the soul is after. It is some chemical interchange from skin to skin, from being to being, from proximity to proximity, from sitting next to each other, from sleeping in the same bed. From the clasping of hands, from the touching of skins. 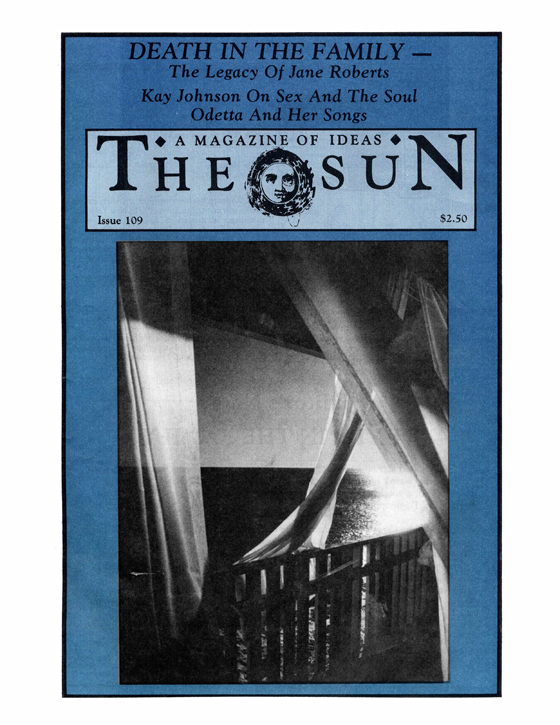 How To Keep Love Alive