Before my father died I loved my mother, but now it’s different. I can no longer go to her, put my arms around her, or anything like that. She has become somehow strange to me, and so, not lovable.

She used to say to me, “Go to him. Go to meet your father and he’ll carry you home piggyback.”

“Go,” she insisted. “March!” So I went, but slowly, with downcast eyes.

His lit up when he saw me, and he made as if to pick me up and swing me high, but that was before he saw my face. Then he just took my hand and looked straight ahead. He asked what I did in school that day, and I said, “Oh, nothing,” but suffered him to hold my hand. His was very hot, hard, and moist, and I did not like the feel of it. My mother’s hand was always cool and dry and felt very good.

My father was tall, with curly black hair, rosy cheeks, and dark blue eyes. Everyone said he was very handsome, but I couldn’t see it. I thought my mother was beautiful. My father was okay as long as he didn’t touch me, but when he did, I didn’t even like him.

On Sunday mornings when he didn’t have to get up for work, my mother would call me into bed with them. They’d put me in between, but I always pulled away as far as possible from my father and clung to my mother. I wished she would call me on weekday mornings after he was gone, but she never did. And on Sunday it was always she who got up first. “I’ll go down to start breakfast,” she’d say. “You stay in bed with your father.”

My father would turn his face to the wall, while my mother looked at his back with sad eyes. Sometimes she’d make faces for me to stay with him, but I didn’t.

I did not like to see him kiss my mother.

After he was out of the house she’d say, “He’s the grandest man that ever lived, the finest father. Never raises a hand to you, gives you everything you want, and still you treat him so mean. I can’t understand it.”

One night I heard him tell my mother that he’d like a little girl. He’d thought a little boy would be enough, but now he felt they should have a little girl, too. He said he really preferred little boys, but there was something about a little girl and her daddy. I could almost hear my mother smile as she said they’d have to see what could be done about it.

My father never lived to see my little sister. She came a month after he died of a heart attack, and she died being born. On his last day I was called to my father’s bedside at the hospital. He lay very still, his rosy cheeks gone white. He couldn’t talk much, but his eyes fastened on me and wouldn’t let go. I just stood there while he tried to hold out his arms to me but was too weak. “Go to him,” said my mother. “Go to your father.”

My mother shoved me. “Go to him! March!”

I tried to resist, but she kept shoving me. I almost hated her. She pushed my head down so my father could get his arms around me. He held my face in his hands, and I knew what he wanted to do. He wanted to kiss my lips, like he kissed my mother’s. He tried to pull my mouth to his but couldn’t as long as I resisted. I looked at his lips, from which all color had gone. “Kiss your father!” ordered my mother, giving me a sharp poke. For which I did hate her.

My father looked at my quivering lips and simply sighed. He patted one of my cheeks lightly, tried to smile, then died. My mother wept bitterly, but I could not feel sorry for her. All I wanted was for her to stop crying. “Stop crying!” I hollered, but she didn’t hear me, didn’t even seem to know I was there. Then I realized that I meant nothing to her compared to my father. I also realized I meant more to him than I ever had to her.

After that I began to think of how much my father had loved me, and now that he wasn’t here to touch me, look at me, I wanted him to. I thought about him all the time, until he had become something beautiful. His hands, his lips, his looks to me were all beautiful. My father was a very handsome man.

My mother was just average-looking now.

You see, I blame her. I blame my mother that I didn’t love my father when he was alive. I don’t know how she is to blame, but I blame her just the same. She’s okay, but I don’t love her, I love my father. Like she said, he’s the grandest man that ever lived. If only I could kiss him just once and say goodbye. 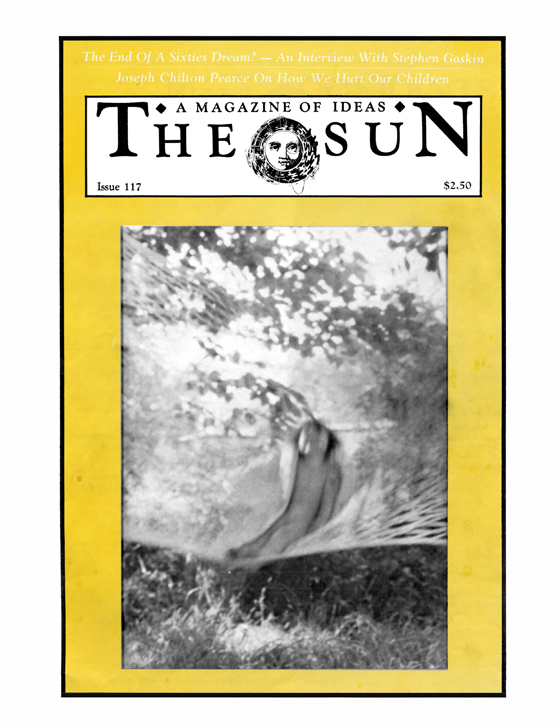