I agree completely with Ralph Metzner that the remaining indigenous cultures of the world have preserved a knowledge that we have lost, one that is essential for us to regain if we desire a future. I am confident that most of The Sun’s readers sympathize with the Lacandones’ struggle to survive in a shrinking world.

This is the central issue that must be addressed by all who profess to care about the planet: how can we move beyond giving intellectual lip service to sustainability, toward a real, practical, sustainable way of life — one that we will still find attractive and satisfying? Until living within the limits of nature becomes more desirable than using up the earth to make ourselves comfortable, no amount of preaching will help.

Ralph Metzner’s “The True, Original First World” [December 1995] is garbage. He says the Lacandones “are not in any real sense ‘underdeveloped.’ ” Yes they are. I am made infinitely richer and more complex for having heard Mozart’s Fortieth Symphony, a work none of them can truly perceive, much less begin to compose. His is the theory of the noble savage in modern dress, a theory that has been recognized as fallacious for well over a century. Can we learn from native tribes? Of course. Are they the shining ideal of human development? Absolutely not.

Like Ronald J. Seidle, I am enriched by having heard Mozart’s Fortieth Symphony, though, like the Lacandones, I must be underdeveloped, in that I couldn’t begin to compose it. Seidle doesn’t say just how he knows “none of them can truly perceive” this work; I don’t believe anyone ever played it for them. (Christian missionaries found many American Indians quite receptive to Western music and art, in some cases becoming adept performers or artists in Western styles.) There are many features of the Lacandones’ environment and culture that I and other Westerners can’t begin to “truly perceive,” although the Lacandones are surely made “infinitely richer” by them.

My concept of “underdevelopment” is apparently quite different than Seidle’s: I argue, along with most economists in the “Third World,” that the concept of “development” is a smokescreen that enables the continuation of colonial exploitation under another name. In my brief visit with the Lacandones, I observed that they neither needed nor wanted most of the products that Western culture was offering them in the name of development (although they had taken up rifles for hunting, instead of bows and arrows). On the whole, the Western model of development has tended to impair and endanger their sustainable way of life, rather than enhancing it.

I don’t consider the Lacandones “noble savages” or “the shining ideal of human development.” Neither do I consider Western civilized humans as a group “noble,” particularly in view of the savage brutality practiced by advocates of the industrial enterprise in their relations with indigenous people, and with poor people in their own societies, as well. I’ve encountered noble individuals in all manner of cultures, as well as individuals filled with ethnocentric arrogance.

A more serious question is raised by Eric Farnsworth. Like the rest of us, I use petrochemicals and money, and I don’t believe we have to “live the way [the Lacandones] do,” specifically; their way of life is adapted to their unique ecological niche. Our way of life, however, is maladaptive not only for us but for the local and global environment, as well, thereby endangering the habitats and survival of countless species. I agree completely that learning to live “within the limits of nature” is the central challenge confronting us. The values and attitudes of indigenous peoples — not necessarily their specific cultural adaptations — can be immensely instructive, and even inspiring, to us as we lurch and stumble toward sustainability. 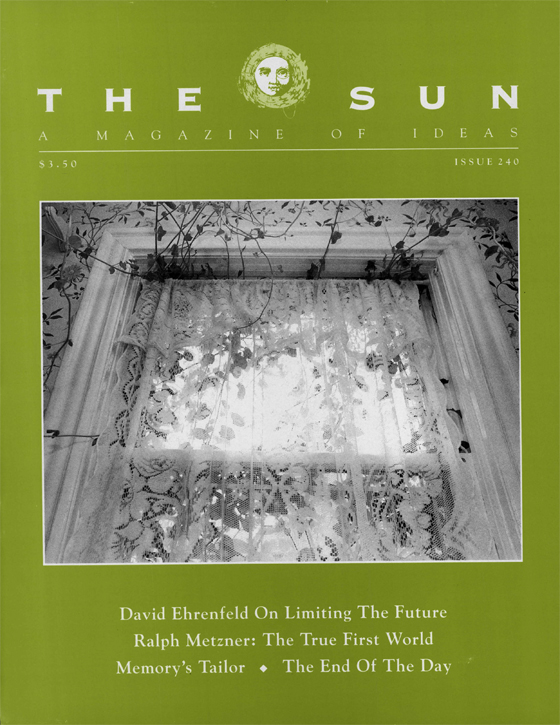