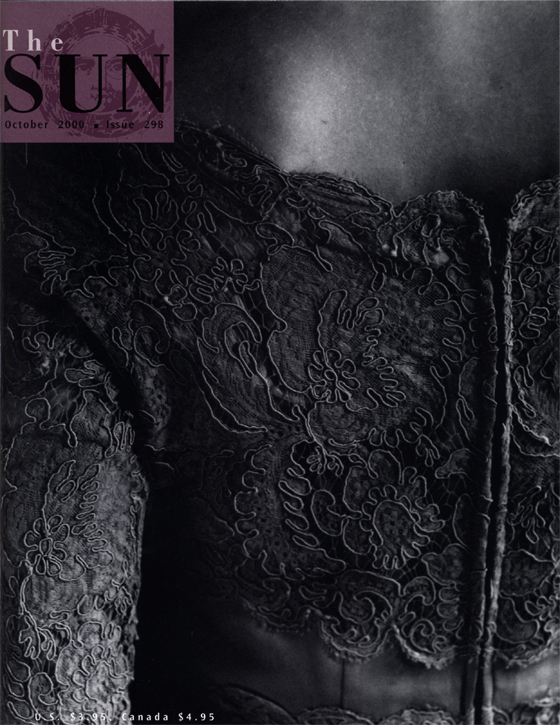 Filing for divorce, buying a skirt that ended above the knees, getting a stomach-stapling operation

The toughest part of being on a diet is shutting up about it.

An Interview With Christian Parenti

I describe SWAT teams in Fresno as a kind of postmodern public execution — a highly ritualized, highly theatrical display of the sovereign’s power. Like an invading army, they occupy whole neighborhoods, harass the residents, and surround the houses. They have machine guns, barking dogs, and armored personnel carriers. This is state propaganda, political theater, directed not at the “perp” holed up in the house, but at the hundreds of community members watching.

In The Lions’ Den

Half of each weekly session is devoted to charting one man’s abusive acts on the night of his arrest. We write them out on the blackboard, step by step. . . . Whatever we hear at chartings is only part of the story. Men minimize their actions and inflate hers in an effort to prove that she was responsible. We ferret out the truth and examine inconsistencies until a man’s story finally unravels like a hem with faulty stitching.

According to surveys, about half of American households have at least one person on a diet at any given time. Dieting is normal — more normal than eating what you want to eat. How many of us now live on various versions of Lean Cuisine during the workweek and pay premium for a plate of swordfish and greens on Saturday night?

Having always been drawn toward the mystical and the contemplative, I’d converted to Catholicism three years before, but now I saw it was one thing to be told that death leads to resurrection and another to watch someone you love die in agony.

I’ve read that it’s common to be repelled by someone you later find attractive. My attraction to Reptile Man was like that. He hung out at Red Emma’s Deli, arriving at ten every morning like clockwork. He always read a newspaper someone else had left behind and spaced out three coffees over a period of about two hours.