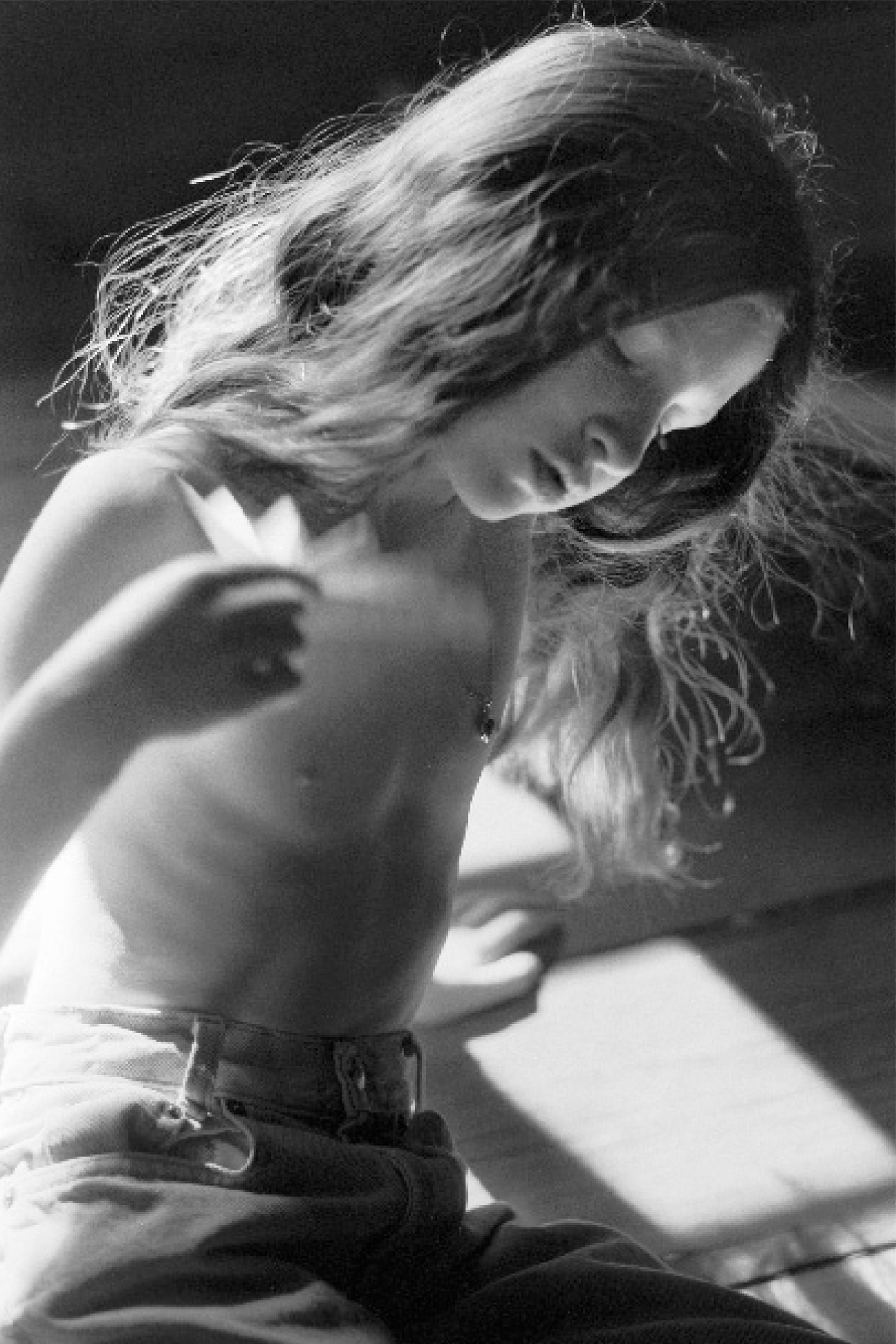 School was a worry to her. She was not glib or quick in a world where glibness and quickness were easily confused with ability to learn.

If the aborigine drafted an IQ test, all of Western civilization presumably would flunk it.

School is an institution built on the axiom that learning is the result of teaching. And institutional wisdom continues to accept this axiom, despite overwhelming evidence to the contrary.

When science finally locates the center of the universe, some people will be surprised to learn they’re not it.

The true definition of science is this: the study of the beauty of the world.

I love the story of the rabbi who sent his disciple to learn from a fellow rabbi. When the disciple asked what he should learn, what parts of Torah, the teacher answered: “I am sending you to learn from him — not words of Torah, but how he ties his shoelaces!” It’s the details, the small daily things which we learn from our role models, not necessarily book knowledge, which we can glean for our own lives.

To own a bit of ground, to scratch it with a hoe, to plant seeds and watch their renewal of life — this is the commonest delight of the race, the most satisfactory thing a man can do.

In nature there are neither rewards nor punishments — there are consequences.

The sun, each second, transforms 4 million tons of itself into light. . . . Human generosity is possible only because at the center of the solar system a magnificent stellar generosity pours forth free energy day and night without stop and without complaint and without the slightest hesitation.

Now I see the secret of making the best persons. It is to grow in the open air and to eat and sleep with the earth.

To embrace the child may threaten the adult who values information above wonder, entertainment above play, and intelligence above ignorance. If we were really to care for the child, we would have to face our own lower natures — our indomitable emotions, our insane desires, and the vast range of our incapacity.

My husband’s family was terribly refined. Within their circle you could know Beethoven, but God forbid if you were Beethoven.

As a father taking his very well-brought-up young daughter to the opera for the first time, Peter Ustinov was unwise enough to choose the Baths of Caracall in Rome. The opera was Aida: during one particular scene the whole stage seemed to be covered with animals — camels, elephants, horses, unwanted cats, and so on. At a climactic point, almost all the animals relieved themselves simultaneously. As he stared aghast at this incredible sight, Ustinov felt a light tapping on his shoulder and heard his daughter’s earnest voice: “Daddy, is it all right if I laugh?”

Rita Bernstein’s photograph on the inside back cover of the March 2002 issue is magnificent. She captured, in that moment of wonder and sensation, the face we all once wore: the warm sunshine radiating through the window, the young girl pondering a mystery as she cools herself with her handmade paper fan. Her picture is beauty and innocence.

When I read the June Correspondence I couldn’t believe I missed the photograph in the March 2002 issue that Name Withheld and Kelly Nguyen described as pornographic and obscene. I located my March Sun and rapidly flipped to the inside back cover to see this “sordid projection of adult fantasy onto a little girl.”

I stared at Rita Bernstein’s photograph. I turned it upside down. I looked at it edgewise. Surely, there must be something layered within this picture that I did not see. I asked my wife to look at it and give me her immediate response. Her reply was “Super picture.”

I am at a loss to understand how this picture could be interpreted as pornographic or obscene. We have a history of sexual witch hunts in this country brought about by such narrowly constructed viewpoints. I would hope that Name Withheld and Nguyen’s perspective is not representative of the majority of The Sun’s readers.

As a children’s-rights advocate, I was happy to see readers object to the photograph, by Rita Bernstein, of a partially nude minor in the March issue.

I was not surprised by the photographer’s response. Her answer is the standard misconception of the issue at hand. From a children’s-rights point of view, we should all object to the use of nude children in any form of media — whether for artistic, medical, or pornographic purposes — and we should demand a law be passed that prohibits the publication of images of nude minors until the models reach the age of maturity and can reliably consent to the infringement of their privacy.

Rita Bernstein’s photograph is pornography posing as art. I have an eight-year-old daughter, and she doesn’t like her own mother to see her without a shirt on. I highly doubt the young girl in Bernstein’s picture would feel any different, especially if she knew how many eyes had seen her.

I was horrified, disappointed, and sickened by Rita Bernstein’s picture of the little girl without her top on. I’ve loved your magazine for two years now, and the photographs to this point have always been beautiful and captivating. Her picture however, is obscene and undermines the artistic intent of your magazine.

That the editors would so thoughtlessly include such a photograph shows that they do not see it for what it really is: a sordid projection of adult fantasy onto a little girl. The girl in this picture can have no idea how cruelly she is being depicted. She is being used not for her inner twelve-year-old beauty, but as an object to gratify some twisted adult’s notion of sexuality.

I have not always liked what I read in The Sun, but I appreciated that it was there to challenge me. What makes this picture wholly unacceptable, and even repulsive, is that this challenge was presented at the expense of a girl who cannot consent to being used this way.

Viewers respond to photographs and other works of art through the prism of their own experiences, attitudes, and biases. In making this picture, I personally was moved by the beauty and innocence of a six-year-old girl enjoying the feel, on her bare skin, of a breeze created by a little paper fan she had made herself. Other interpretations, including sexual or sordid ones, lie in the eye of a different beholder. 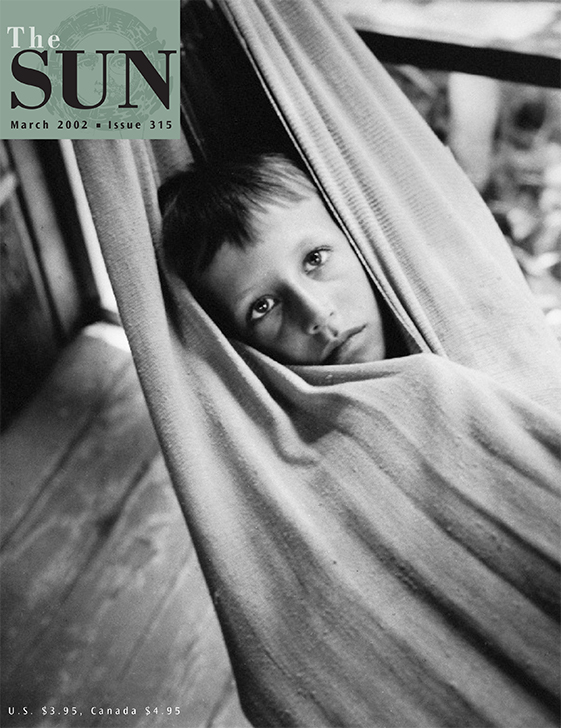 Thinking Outside The Classroom

An Interview With Zenobia Barlow

Your Mum And Dad