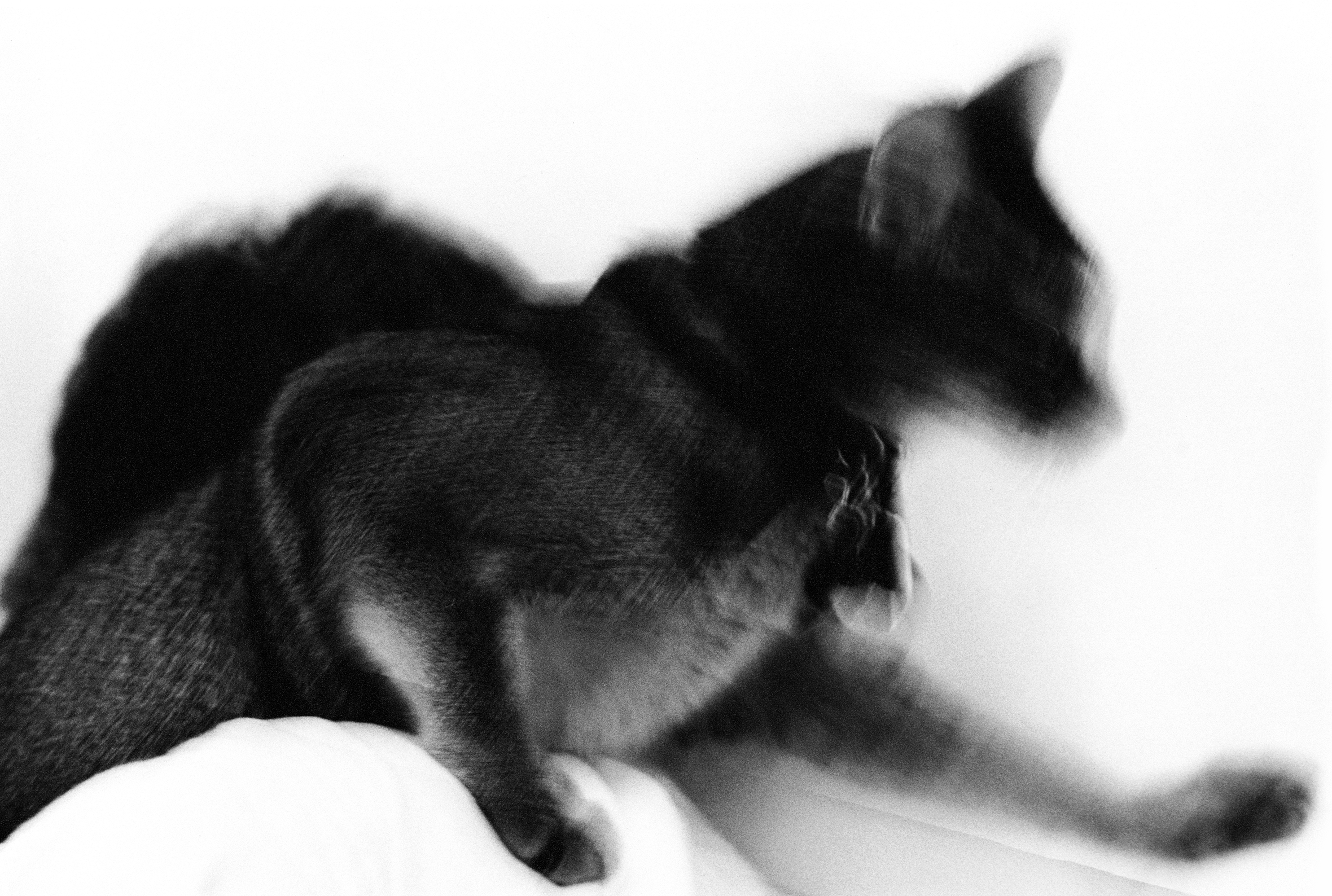 A Story About The General

I’m preparing for my first class with my creative-writing students this semester. What I’ve been doing so far is selecting a group of quotes I want to hand out. The quotes, from famous writers, are about why we write and what the real subjects of writing should be. They offer tips about the best way to put emotion into your writing — mostly, it seems, by not looking directly at it.

Every hour or so I take a break and go out to the garage. Our sixteen-year-old cat is curled on a blanket there. He has an awkward cast on one of his hind legs. I broke the leg three days ago when I accidentally backed over him with my car. The cat is deaf, or nearly so. He was sleeping under the car and must not have heard the engine crank. I felt the little bump of the wheel going over his leg and then saw him hobble away, dragging the useless limb.

James Merrill says: “You hardly ever need to state your feelings. The point is to feel and keep the eyes open. Then what you feel is expressed, is mimed back at you by the scene.”

Since the first day in the cast, the cat — named General Sterling Price, after a cat in a John Wayne movie — has not moved off his blanket. I have to put his food on a little paper plate and place it near his head. He eats what he can reach without getting up and then pulls the plate closer with one paw. Once, I found him asleep with his head in the plate.

Charles Wright says: “What you have to say — though ultimately all-important — in most cases will not be news. How you say it just might be.”

On the day I broke the cat’s leg, my fourteen-year-old son said, “This cat has been with us all my life.”

Before the accident, the General — for some reason we always refer to him with the article — was looking very elderly. He had lost weight and was finicky about his food. As I said, his hearing was mostly gone, and his eyesight wasn’t great. A little dog in our neighborhood would sometimes escape from his fenced yard and come to bark at the General. The General would be asleep in his favorite spot, and the dog would come up behind and let loose a tremendous chorus of soprano barking. The General would continue to sleep peacefully.

“All you need is one emotion and four walls for a short story,” says Willa Cather.

The General doesn’t like it in the garage. He’s an outdoor cat. On his first day in there, he dragged himself toward the door when I opened it to get the car out. In his youth, he was a real fighter, a night prowler. I know for a fact that he once held his own against a raccoon. He would slink in some mornings with patches of fur missing or a gash in his shoulder. His ears are as ragged as old battle flags. Just now I had to clean up a place in the garage where he crawled off the blanket and urinated.

When my son was an infant, the General got into his crib when we weren’t looking and peed on his head. I think the cat was feeling ignored, and probably territorial. Though neutered, the General always remained a tom, aggressive, combative. When we played catch-the-string, I would suddenly find him halfway up my arm, his claws fastened to my shirt sleeve. He played rough and would quickly lay his ears flat and yowl threateningly. He was a biter. Given all of that, and his dislike of our newborn, the General became a full-time outdoor cat.

“A story always involves, in a dramatic way, the mystery of personality,” according to Flannery O’Connor.

The General has pretty much stopped drinking. He’ll lap up a little milk if I put the bowl under his chin. When I took him in for the cast, the vet said that his kidneys were failing. The broken leg has developed an infection. The General hasn’t moved off his blanket for two days, other than to pull clear of it to relieve himself. I know how this story is going to end. Pretty soon, I’ve got to decide when it will end. The General’s story will be concluded, but it won’t be over. That may be the truest thing about a story. Even when it’s over, it’s not over.