Ok, loneliness, you win. Three wives: not good enough. Two adoring daughters: you didn’t blink. Lovers, friends, two gray cats who sit on my chest and purr. You were napping, you said. You don’t remember.

Thank God for this cafe, where people like me can be themselves. There’s a table waiting for me. If I want to write, I can write. If I want to cry, I can cry. That’s the kind of freedom we enjoy here, we who fear the very aloneness that makes us strong.

I dreamt that instead of worshiping one God, I was free to worship as many gods as I wanted. But I wasn’t satisfied with the new gods I chose. I missed my old God, his self-assurance and occasional flashes of temper. My new gods seemed so eager to please. They spoke too slowly, too loudly, as if I were a foreigner asking for directions — not like my old God, who’d say, Read the fucking map.

Maybe the question isn’t whether I believe in God but whether God believes in me. Am I the kind of man God would gladly introduce as one of his divine creations? Would I know just the right thing to say, or would I blurt out something embarrassing about all the suffering in the world? The death toll from last December’s tsunami in South Asia now exceeds 250,000. But I don’t have to look at yesterday’s headlines or peer into the unknowable future. Every day, thousands of people die because of malnutrition or disease or storms or droughts or fires or falls or pestilence or war. And those are just the human deaths. It’s anyone’s guess how many sentient beings are sacrificed on the altar of humanity’s appetite for flesh or fur or cosmetics that don’t irritate our delicate skin. Isn’t it better to acknowledge the suffering than to turn away from it — or, even worse, to try to make sense of it? C.S. Lewis wrote: “Talk to me about the truth of religion and I’ll listen gladly. Talk to me about the duty of religion and I’ll listen submissively. But don’t come talking to me about the consolations of religion or I shall suspect that you don’t understand.”

Sitting inside my house at night, surrounded by the four walls that temporarily define my world, it’s easy to forget that there are more than a hundred billion stars in our galaxy, and that our galaxy is one of many galaxies; no one knows how many, but they’re more numerous than the stars in this galaxy. Infinity to the left of me, infinity to the right — and, within me, a vast inner space of thoughts and feelings. My space, I call it, just as I call this body mine. My country. My planet. And the stars — are they mine, too? And what of the darkness between them?

I always arrived on time. I paid attention to the teacher. I took careful notes and studied every night. When the test came, I was ready. Impermanence, I wrote, confident I’d nailed it, then watched with disbelief as my desk disappeared, along with my teacher, my world.

Yes, permanence is illusory. But so is impermanence if I interpret it from the vantage point of my equally illusory separate self. To my ego, it seems as if the universe gives, then takes away. Takes away what? From whom?

I promised myself I’d write in my notebook every morning. But yesterday I didn’t feel like writing, so I read some poems by Tony Hoagland instead. The god of writing didn’t like that, but screw him; they were good poems. Of all the gods who think they know what’s best for me, he’s the most demanding. And the most forgetful. All the shining sentences I’ve set before him — don’t they count for anything? It’s always: What have you got for me today? As if he were really hungry. As if only I could feed him.

As Norma prepares to leave town again, my fear of abandonment arrives with the force and persuasiveness of a hurricane. Who doubts a hundred-mile-an-hour wind? It wouldn’t be a storm if it didn’t feel threatening, if it didn’t shape itself perfectly to my fear. I remind myself that Norma’s love is no less real when she’s hundreds of miles away. The sun is 93 million miles away, but its light surrounds me. And what of the light within me?

I was up late last night, working on an essay. How long it takes me to frame a decent paragraph. Just when I think I’m done hammering, I see a crooked two-by-four, and another, and another. This morning I told Norma: “I know how much coffee to drink to stay awake. I wish there were a pill to increase my IQ by twenty points.” She looked at me. “There is,” she said. “A pill-ow.” She’s always encouraging me to get more sleep. Then again, I’m always trying to talk her into bed. I wrap my arms around her and murmur that she’s my muse, my oracle at Delphi, my high priestess in low heels. I love her in the morning and I love her in the evening and sometimes, in the middle of the night, I wake up and look at her — amazed that, with all my bad manners, love hasn’t banished me from the table. I’m still the thankful guest. The feast is still the feast. 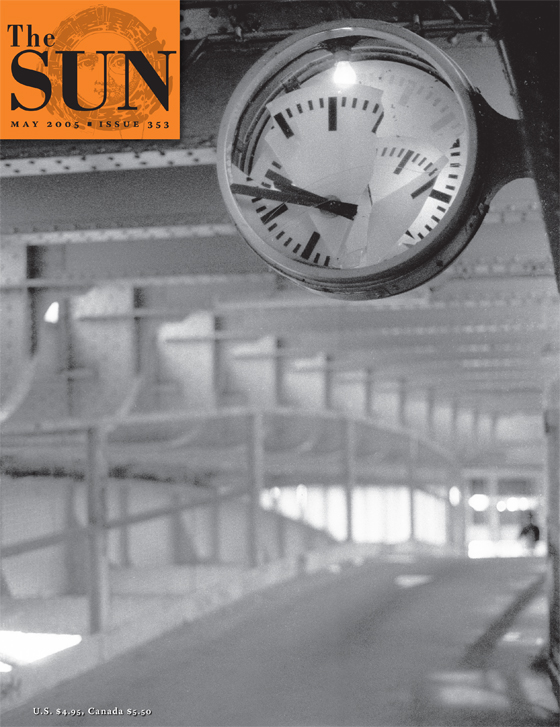