Poetry is thin, with dark eyes and a hollow face that echoes all the time without distinction. The distinction lies in her breasts that are full of beat under her vague dress that changes colours according to the statements.

She never fails, grows old or dies but simply moves to the next place when it is time to move, to slap, to love, to incorporate the unspoken before it fades away unrecognized.

— Miranda Cambanis
from a poem “Poetry”

I don’t really know what a poet is. I like these definitions as well as any. I have a lot of convictions, though, about being a poet, which may or may not be similar to those of other poets, or of people who see us as a class — a group with a rather esoteric occupation, the fruits of which can be hard to get at or into.

The primary of these personal convictions is that the poetic experience seems to choose us, rather than we choosing it. I’ve known poets who have said they weren’t going to do it anymore. I figure, if you can stop, you might as well. It’s my experience, though, that in some human beings, at a certain point in their maturity, usually between ages 15 and 40, some kind of psychic, organic necessity takes hold and insists that, like it or not, you, my friend, are a poet. Get out your pen and write down these words.

It feels like it isn’t altogether up to us. I think it isn’t (on the ego level at any rate). This doesn’t mean, either, that I’m proclaiming as 20th century doctrine the divine right of poets. It can feel more like a curse than a blessing, just as any large human gift can. If you don’t learn to live with it and use it and keep your balance, you’ll soon be on a roller coaster ride that is bound to end the way most ego trips end, with a smashing defeat.

These days, for some people, including some poets, the poet’s facility with words is almost a commodity. Our culture strikes again, making perhaps our earth’s most valuable resource into yet another “thing.”

What is this poet’s gift?

It’s like a richly endowed, organically fed field. The poet has a mind capable of raising for us all crops of words, dense with meaning, rich in symbols, exactly expressive for us all of what our lives are like, what our human condition means, what we feel, why we keep struggling, why we sometimes can’t go on. The poet’s gift is a fusion of rhythm (dance), vision (images), meaning (thought), and the sheer exuberance of words — the wonder of being able to speak and name our distress, our joy.

Do any poets come to mind who do this for you? Do Americans ask this of their poets? Do they even know they need this? Do they seek wherever it may be found an articulate naming of the contents of their days?

I found a quote in the Chapel Hill Newspaper which I love: “Poetry fettered, fetters the human race.” — William Blake.

Our American poetry is fettered, largely through ignorance. She lies sleeping, all the while getting stronger and stronger. If she wakes, if we wake her, she will burst her bonds.

It is she who can show us the difference between the lingo of the advertisers, the abstractions of the psychologists, the misnomers of the big government bureaucracies — and what is really happening. She can, with a mystic accuracy, name what we feel and why. She can shoot light, without special rayguns, through a morning bank of clouds, and get directly to us, to our hearts, our guts, our own inner knowledge. She can reach across all the fake and sham and unreal things and relationships with which our days are crowded, and say what she means, and say it with authority and clarity because she can see us better than we can see ourselves.

It naturally makes her the enemy of the status quo, of entrenched power, of those who prefer reputations and salaried positions to truth. It makes her an outcast. Who speaks the truth anymore?

She’s the little boy who says, “But the emperor doesn’t have any clothes on!” and catalyzes the whole parade.

The taking upon oneself of the name poet isn’t easy to do in any case. I find it easiest when someone who doesn’t usually read poetry finds my poems important to her. But it’s hard, even when you have an audience, because you never know when another poem will come. Maybe your fallow days are over. The best poets I know fear they won’t continue to write — that maybe, after all, they aren’t poets. It’s practically impossible to manipulate this gift, though that doesn’t mean people haven’t tried.

If a poet gives his gift a chance, if his or her poetry is written out of real care and respect for the truth of his inner world, his best sight, out of a patient attentiveness to what is there, he’s going to be worth letting into your soul.

His words will carry a potency few things have anymore. They will be real. They will continue to work for days and weeks and years below consciousness as well as above. They will carry weight. If you think you hear the sound of this magical mixture of sound and sense stirring in you a new kind of response, puzzling, and maybe never to be fully figured out, and yet probably deeply satisfying in some way, then you’ll know a poet (or rather his gift) has touched you. And you will have been the one who let it.

Listening seems always to precede understanding for poet and reader alike, and is partly why it is worthwhile to pay attention. 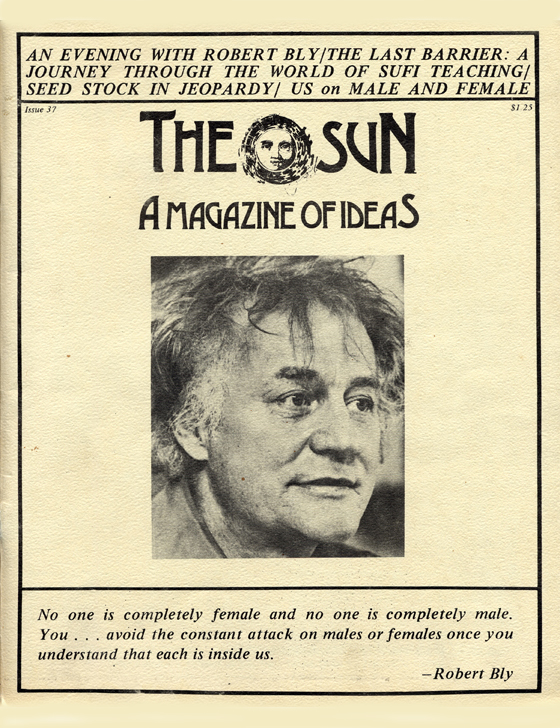 A Poem About Time