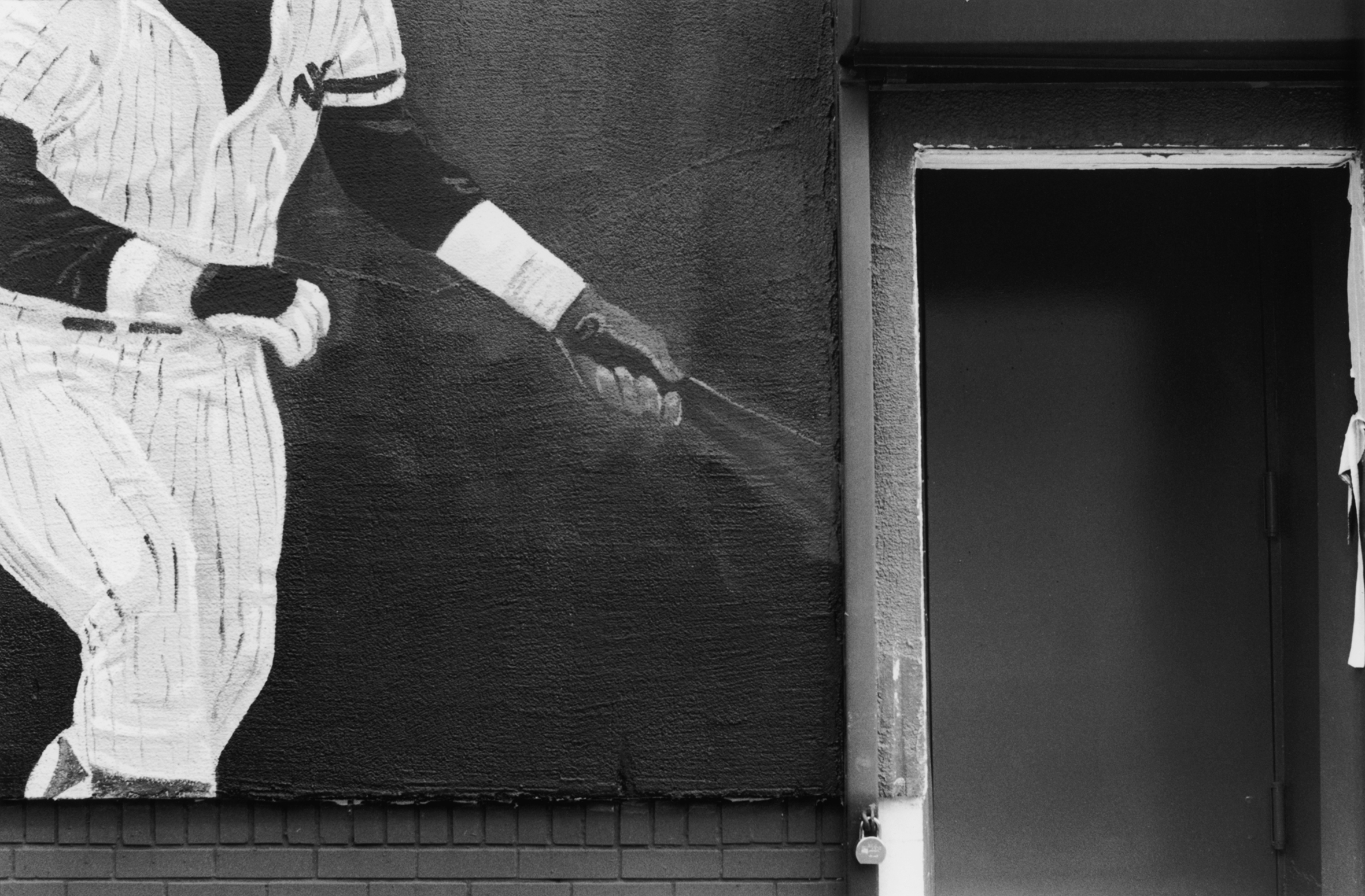 The Last Thing I Heard

Everybody has a father somewhere, and mine is at the Sandia Indian Bingo Palace in Albuquerque, New Mexico. Every weekend he sits at the poker table in his cowhide boots, brushpopper shirt, and wide-brimmed felt hat, tapping cigarette ash into a Coke can and saying things like “Hell, yes, I’m in” and “Tell him he’s called” and “Goddamn! I need a queen.” On Monday morning he walks out to the casino parking lot, squinting against the early sunlight and counting the new bills in his wallet. He finds his orange van, props open the side doors, and sits on the running board while he changes out of his poker clothes and into a thin T-shirt, grubby cutoffs, and worn-out huaraches. Then he hunches behind the steering wheel and drives out of the lot, out of town, and far up into the mountains, where he has a camp set up in a stand of fir trees. All week long he reads the newspaper and sleeps and drinks beer and waits for Friday night to come around again. Sometimes I call him long-distance at the card room. When he finishes his hand and comes to the phone, I say, “Hi, Dad,” and he says, “Well hello, Son.”

Things weren’t always like this. My father used to love sports and did what he could to help my brother and me like sports too. On Saturday mornings, after we’d mowed the lawn and washed the cars and driven out to check on the cattle my father kept on a produce dump east of town, and while the girls stayed inside with their chores, my father, my brother, and I changed into our shorts and tennis shoes and walked down to the Mormon-church lot to hit baseballs. My father stood inside the wire backstop and smacked ball after ball around the infield with our scarred wooden bat. My brother and I sprinted across the yellow grass and weeds, gulping for air and dripping sweat onto our cracked leather gloves. Long after our knees had started to shake and our tongues felt like wads of cotton, our dad would say, “One of you boys get up here and hit.” Then he’d shuffle out to the patch of hardpan dirt that passed for a pitcher’s mound and start lobbing balls into the backstop. All the while he’d holler out encouragement: “Stay low!” he’d yell after a ground ball skittered under my glove. “Rip that ball,” he’d say as my brother cracked a sizzling hopper toward me in right field. “On the hustle,” he’d call as we galloped toward him with armloads of baseballs.

On Sundays we would all pile into our diesel station wagon and drive across the border to Mexicali to watch the semipros play baseball. They had a dirt field next to the Coca-Cola bottling plant and used slabs of concrete for bases. My mother would spread a blanket under a ragged palm tree and lay out a picnic lunch for us. While she smeared mayonnaise on sandwich bread and my father drank iced tea, my brother and I would shag foul balls for the outfielders and chunk rocks at the graffitied bottling-plant wall.

My father had some Mexican cattle-trading partners who would sometimes come to watch the games. They stood near the chicken-wire fence with my father, passing around a bottle of brandy and fanning the hot afternoon air with their straw cowboy hats. These men wore thick mustaches and had round bellies that sagged over their belt buckles, and they all drove big Chevy Blazers or Ford pickups, where their wives and kids sat and waited, sweating on the vinyl bench seats. My mom and sisters sipped sodas in the thin shade of the palm while my dad gestured grandly with the traders, all of them laughing and calling out in Spanish to the ballplayers on the field.

On the drive home, as my brother and sisters dozed in the back seat and my mother gazed at the sun sinking like an egg yolk behind the Laguna peaks, my father would turn to me and say, “So, what did you think?” And I’d say, “I liked to watch them hit.” And he would pat my knee with his big hand and nod and look out across the beet fields and Sudan-grass pastures and then back to the thin ribbon of gray road that would carry us home.

In the evenings my father spent most of his time on the telephone, and much of the talk was not good. While us kids sat in front of the television in our pajamas and our mother washed the dinner dishes or folded clothes in the back bedroom, our dad would sit at his heavy oak desk and yell. “Where are my goddamn cattle?” he’d scream at an overdue truck driver. “How can you pay that for heifers?” he’d ask his Arizona buyer. “You’re hijacking me with them feed prices,” he’d tell the feedlot manager. His swivel chair would creak back and forth as he tapped on his calculator and scribbled in his notebook and drummed his knuckles on his lacquered desk.

At bedtime we lined up and waited while our father set down his chrome pen, swabbed at his forehead with a handkerchief, and leaned forward to kiss us good night. I felt his stiff whiskers on my cheek, and then he said, “Sleep good, Son,” and I said, “You too, Dad.”

Many nights his loud voice talking on the phone or arguing with my mom about money would be the last thing I heard before I went to sleep. But sometimes, after my mother had tucked me in and I was lying in the quiet dark, my father would come in and sit down on the edge of my bed, and we would talk about baseball. “How about our Dodgers,” he’d say, or, “That Fernando might strike everybody out,” or, “I don’t get old Lasorda sometimes.” I would lie back against my cool sheets and listen to my father, his face lined by the soft glow of a streetlight through the shuttered window. And I would imagine us at Dodger Stadium — Dodger Stadium! — with the outfield grass like green wrapping paper under the stadium lights. And on those nights that’s how I would drift off to sleep.

One summer evening, after we had all watched a Babe Ruth League game down at Wiest Field and not long before my mother went back to work full time and my father left home for good, I woke up thirsty in the middle of the night and started toward the kitchen for a glass of water. As I opened my bedroom door, I saw the light from my father’s desk lamp down the hall, and I stopped short in the living room and peered through the brick latticework at my dad. He was on the floor next to his desk, on his elbows and knees, as if searching for something on the tan carpet. But he wasn’t looking for anything. He was crying. And my mother was on her knees next to him, rubbing his back with her fingers. “Ray,” she kept saying. “Ray.” And I heard my father say, “That’s all the money,” and, “How we gonna feed these kids?” and, “We’re shipwrecked.” And then I backed away from the light, holding my breath and hearing my father cry and my mother whispering his name over and over.

These days when I call my dad at the casino, we don’t talk about baseball, or about my mother’s new husband, or even about my brother and sisters, who are grown and off leading their own lives. Instead my father tells me about the air at his camping spot, which is cool and clean, like soothing lotion. “You don’t even think about a damn air conditioner,” he says. And after a while I say, “Take care of yourself, Dad.” And he says, “You do the same.” Then I hear him breathe, hear the soft click of the receiver, and I hang up.