About twenty years ago, I attended a lecture by a Harvard professor who talked about how corporations operate like modern-day kingdoms. At one time, she said, people believed kings ruled by divine right, and today we seem to believe the same thing about corporations. Toward the end, she asked, “Do you know what it is that allowed people to let go of, overcome, and reject the notion of the divine right of kings?” I held my breath and got ready to take some notes. Her answer: “They just stopped believing in it.”

The Sun: You’ve said that the true political spectrum is top to bottom, not right to left.

Jim Hightower: Right and Left, conservative and liberal are theoretical divisions. Top to bottom, however, is the reality in which people actually live.

The Sun: Where does that put wealthy or upper-middle-class liberals?

My son’s first tricycle sits in front of the television. We assembled it while watching documentaries about homeless people taking over abandoned houses, and the fast-food industry’s oppression of its women workers.

My husband and I were laid off from our publishing jobs five months ago. We’ve struggled to recover a sense of dignity, not to mention income. Because we’re facing the end of unemployment checks, with no full-time work in sight, this tricycle, at $15.99, was a gravely considered acquisition.

Just two hours ago, we were feeling like Christmas — a precious child slumbering upstairs, impossible instructions, tiny screws, and noisemakers. Now, we’re frightened, worn down by these images of men and women, some angry and empowered, others resigned and exhausted, all sharing life on the razor’s edge of poverty. We secretly wish for our bad dream to end as neatly as a cut to commercial.

None of my relatives has asked if we need food, clothing, or money; relationships with my affluent friends have become less relevant. There is a noisy, cheery sameness to the quality of their denial. I recalculate how to live, how to get through this, while my family dangles on the edge of something black and vast. I feel a sense of suffocation, choking, as I melt into an unfamiliar and undesirable landscape, the country of my brothers and sisters as portrayed on this now silent television screen.

Perhaps if leaders were to . . . make sure people have roofs over their heads and food on their tables and health care and opportunities for education, then we would have more peace in our communities. But today’s social and political structures are built on the foundation of centuries-old exploitation. The greed for more and more led the powerful to take a different path a long time ago. The exploitation has been going on for so long that the benevolence of dictators is no longer welcome.

I think we just plain missed the boat. We have an economic system based on greed, theft, lack of accountability, exploitation, colonization, racism, homophobia, sexism. This system has done severe damage to the soul of our society. I know it sounds like a cliché, but revolution is the answer. And this revolution will take a thousand shapes: from the Zapatista uprising to the thousands who challenged the G8 summit in Genoa, Italy. It’s all revolution. Revolution takes place not only on the outside, but also in our hearts and minds, where it changes how we lead our day-to-day lives.

Like so many others, I’ve become acutely aware of the political danger the country is in. The champions of material wealth, the acolytes of technology, and the religious extremists are so loud, so bellicose, so uncompromising. Who will rein them in? Who’s not afraid to criticize their notions of “progress”? The hallmark of their progress now in Third World countries is not further stratification into the haves and have-nots; it’s social disintegration. The social cohesion that defines a village; that provides health care, insurance, love — everything that’s been turned into a product or an industry in our culture — is threatened by the indifference of corporate capitalism.

“Against the Current,” Barry Lopez, interviewed by Michael Shapiro, June 2006

I had been naive enough to think that once I married Cristina, she would become an instant citizen, but . . . ahead of us lay thousands of dollars in fees, dozens of forms that could not be correctly filled out even by Immigration and Naturalization Service personnel, fingerprints, medical examinations, the resurrection of ancient Mexican documents, and several trips to INS headquarters on the other side of the state. . . .

Night after night she studied for the written portion of her naturalization exam. The list of a hundred possible questions had her the most concerned:

How many representatives are there in Congress?

How many times can a senator be reelected?

In what year was the Constitution adopted?

Name the two senators from your state.

How many amendments to the Constitution are there?

Who becomes president of the U.S. if the president and vice-president die?

Only my father, who’d taught government and civics most of his life, could have passed this test.

When we talk about the causes of immigration, let’s not forget that the U.S. media broadcast around the globe the idea that America is a luxurious and ideal place to live, a place where you can find opportunities that you can’t get anywhere else. If we advertise that America is the best country in the world, then we shouldn’t be surprised when people show up.

“Without a Country,” Pramila Jayapal, interviewed by Madeline Ostrander, November 2008

Money is everything to the generation coming of age in the nineties. I get a request [to officiate] a wedding and all the questions are about costs. I am asked to do marital counseling of nonmembers [of my church] and the first questions concern payment. If I do a baptism, somebody hands me an envelope. Do I remember these things happening all twenty years of my ministry? No. Am I glad to see all those envelopes? Yes. I have a daily feeling that I can hardly get by. Which is to say I live the anxiety of an internalized lie.

This generation already knows they don’t have enough money and that they will never have enough money. Middle-aged people like me are just beginning to figure that out. Or rather we are realizing that what we want is perpetually going to be bigger than what we can earn. We are realizing that our want has grown and that it has been encouraged to grow.

Corporatization has been the key political issue since the conquistadors. Corporations were created to enable the exploitation of the New World by profit-seeking commercial entities who needed to limit their liability in order to protect their families. Bear in mind that the American colonies rose up not against the tyranny of a crazed King George, but against the rule of his chartered corporations.

In essence, America was created to end corporate abuse. That we have become what we feared is ironic, and would be merely of historical interest were it not for the fact that corporate activity today threatens life itself. . . . Marx was wrong. Religion is not the opiate of the masses. The drug of choice is the materialism flowing from corporations.

“Down to Business,” Paul Hawken, interviewed by Renee Lertzman, April 2002

We need to change the story on aging. As the baby boomers move into their elder years, I want them to recognize that they have a great responsibility not to go away, but to make use of their experience, financial independence, and discretionary time. . . . It’s a whole lot more fun than sitting around waiting for the Grim Reaper. There are enormous opportunities out there for everyone to engage in this work.

One thing I’ve realized is that, as we move into our elder years, our culture tells us that we’re supposed to go away. This supports the cause of Empire, because elderly people are most likely to have arrived at the higher levels of consciousness and to be relatively immune to manipulation by the propaganda machine. Empire doesn’t want awakened elders out in public talking to people still living in the cultural trance.

“Everybody Wants to Rule the World,” David Korten, interviewed by Arnie Cooper, September 2007 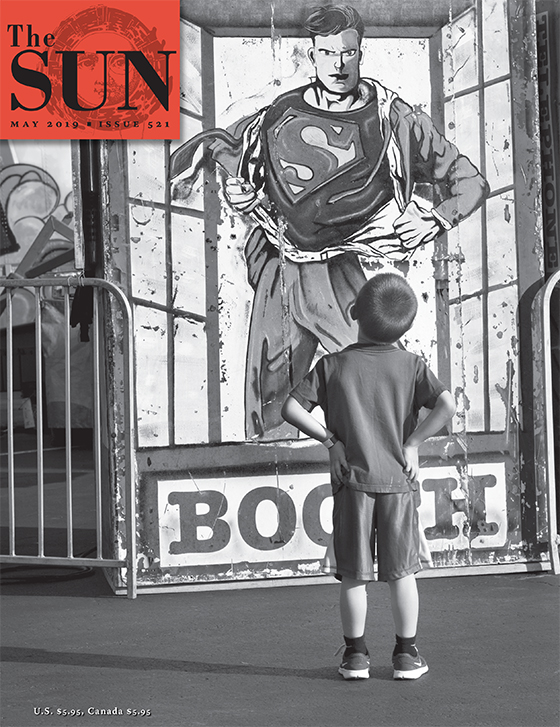 When He Was Gone