I. On his first day as a man he thought not of the future or the past but he let the present rise up like a fabulous city and he knew he’d always lived there and always would, opening the shops, sweeping the streets, its mayor and its most wanted criminal, travel agent, banker, whore, living on the top floor and sleeping in the park, always somewhere to go, someone to talk to, always loneliness and dark alleys, foreign languages he couldn’t understand and appointments missed, unexpected love — a city he’d come to alone and adored as only a man alone can adore a city or a storm or a song: a citizen of the moment he’d become, patriotic to the present, to his own slim chance of crossing the street where cars stop for no one. At home, always the stranger; strangely free.

II. On his first day as a man he thought of the woman whose name and body kept changing, into whose eyes he’d fallen a thousand years ago when she rescued him from certain death. And how many times had he died since? All the names he’d gone by were known to her, as many names as there were hairs on her: each hair the story of a life. When he forgot himself he went rummaging there, for news of his existence, parting her legs to see himself more clearly, to see all the times he died in fruitless search of himself, and was reborn none the wiser, until his first day as a man.

III. On his first day as a man he entered his body quietly as the sun rose, leaving the door in his head open so whoever wanted to follow him could find him settled in himself like morning dew, pervading himself like a strong emotion felt from the head to the toes, inhabiting the body he once thought to sell or abandon to love, rent to a woman, hide from the state, making himself at home in the windswept parts of himself where once he thought he was a squatter, in the busy square where once he thought himself a fool, peopling the valleys and the mountains of his body with traces of himself — thoughts, desires, dreams — so when he came upon himself he would not be so surprised.

IV. On his first day as a man he got down on his knees and saw the world as his children saw it, and realized he was no more or less alone than they, only taller and letting his loneliness reach higher — all his life on tip-toes, to see what ordinary eyes couldn’t, staring now at other people’s bellies, where the gardens bloomed, dark flowers of energy calling him down.

V. On his first day as a man he followed death from morning till night. How amazing: it spoke to no one but heard everything, smiling compassionately at every human foible and error. If only he could smile that way, he thought, turning up the sides of his mouth with his bony fingers, feeling his skull shiver at the touch. 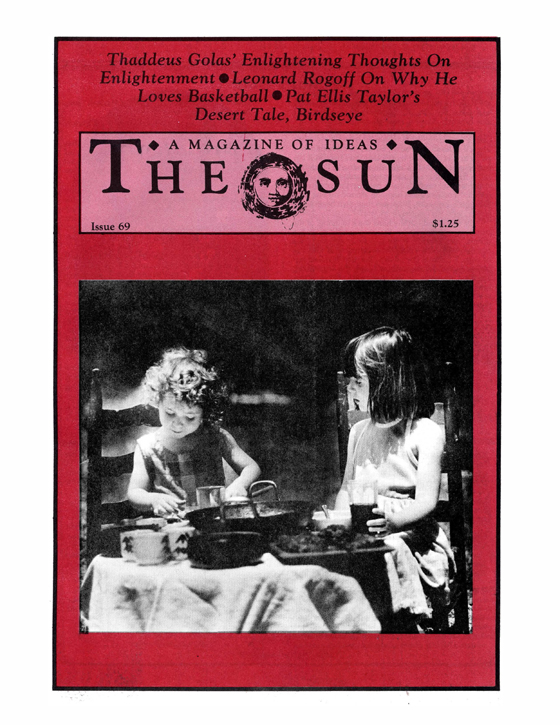 Two From The Outside, With Feeling