How the dog felt about the canary I can describe in no other way: she worshipped it. How else would you explain her devotion? Fascination, perhaps? All right. But worship, at least in part, is fascination taken to its extreme. I leave it to you to judge if this wasn’t an extreme case.

Before her owners purchased the canary, the dog’s waking hours, when she wasn’t playing or eating, were spent at the low window where she kept watch for fidgeting squirrels, people passing on the sidewalk, interloping dogs. But once the new cage had been installed on a metal arm jutting from the wall, she immediately installed herself beneath it.

All day long she stared as the bird hopped back and forth from perch to perch — all day long. You could see how its movements were strung tautly to her body in the way she flinched whenever it hopped. And when it swung on its trapeze, she stood up stiff and trembled as if her paws were clutching that small wooden bar. She would return from play outside in a worried, clipping gait and the meals she relished could be stolen from her with a single peep.

Granted, she was easily excited. Such was her nature. Any visitors to the home would feel her rapid breath on their legs. And if they should pet her, her tail wagged so hard that it swayed her rear end and she would collapse in submission at their feet. The presence of the canary changed that. Now she carried the excitement of visitors to her spot beneath the cage and beamed it with intensity up through the bars of chromed wire.

All her exhilaration she gave the bird, and she readily accepted from it a bit of pain. Once her owners set the cage on the floor and allowed her to inspect it at liberty. She pressed her black nose between the chromed wires and waited stock-still, not even drawing the full scent into her nostrils. The canary, apprehensive at first, gave in to its curiosity. It sidled along its perch to the bulb of wet, black leather. Having only its beak with which to make an inspection, the bird plied this to the dog’s nose. It pecked the leathery top of it, it pecked the lobes, it pecked the tender insides of the nostrils. Through it all, though, the dog never twitched, never whined a complaint.

I say the dog worshipped the bird. Their owners wouldn’t have. They reserved that word to describe the occasion of human beings sitting in low-backed benches on a particular day of the week. Once in a while they were heard to use it figuratively, as in “He worships sex” or “She worships money.” At least their hearers charitably refused to take their usage literally, despite their thundering, judgemental tone.

They themselves worshipped a god who they said was jealous, severe, vengeful, and wrathful. If you pointed out to them that he sounded more like a mean-spirited human being, they replied, “But God is love.” They also professed the belief that this god had had a son, whom he sent to earth to suffer humiliation and torture and a cruel death. If you asked why a father, especially a divine one, would behave like that toward his son, they answered, “To redeem us with His love.”

Stingy in their use of “worship,” they were inversely generous with “love,” which they freely applied to the relationship between the dog and the canary. “The dog loves the bird,” they would say and, “The bird loves the dog.” But in her heart the dog knew the truth: she loved her owners; she worshipped the bird.

What did she care for the bird’s love? She already possessed the whole of it from its warbled song to its flickering movements. And it, of course, possessed her. In her dreams it claimed her with its mysteries. It revealed itself as the thing that leapt from one wall of its cage to another with such precision, that grew and shrank by fluffing up and drawing in its feathers, that decapitated itself by tucking its head under its wing. And there in that sleeping brain of hers, it performed its greatest feat, its transfiguration: it flew.

Awesome magic — those feathered blades on its sides suddenly transformed in a blur to energy, its head and body merged in a weightless dart flashing past — magic only a four-legged, earthbound creature could truly revere. Just once did the owners allow her the vision. Then they shut her up in another room because it seemed the agitation would kill her. When they let her out, when the bird had returned to its cage and fresh seed, they found a puddle of urine soaking into the rug and a sprinkle of splinters she had clawed out of the door. As she trotted feverishly around, sniffing out the places where the bird had lighted, she left, here and there on the floor, traces of blood.

“Maternal instinct,” said one of the owners while treating the wounded paw. “She loves the bird so much.”

“Yes,” the other agreed. “But we must be careful. For her sake, she can never be around when the bird is out.”

The flight had surely aroused some instinct in the dog. But it was deeper than the maternal, nearer akin to those dark instincts that in our distant past gave birth to our first religions — those, the owners would say, that divine love has redeemed us from.

Later, neither would mention love when each accused the other of the oversight that brought about the tragedy. One of them, remembering a snatch of psychology from school, would think that no accident is truly accidental and try to guess the hidden motive of the other. And the other, while cleaning up the shambles, would wonder if the mysterious hand of Providence had intervened.

The truth is that the last one to have put seed in the cage had failed to secure the latch on the door. When they set out from home on some charitable mission, neither noticed. And the dog hardly noticed their leaving, fastened as she was to her usual spot. Only the canary knew something wasn’t right. It hopped on the door to examine the unset latch.

With a small rattle, the door swung open on its hinges. The bird stepped out on what looked like a ladder slanting out into space. Below, the dog watched and trembled a little, unsure whether something had happened that shouldn’t have. She glanced over her shoulder to see if the owners might reappear and put things right. They were gone, though, far away on the other side of the door. She, the canary, and her dream of the canary were alone together.

Stupid little warbler, it should have stayed in the nice sanctuary of wire, with its celery leaves, its apple slices and cuttlebone. Instead, it formed itself into a dart and swooped down at the dog, wheeling twice around her head before sailing off to the sofa.

For the dog it was a beatific moment. In her narrow canine sense of time, it was wider than her life, easily big enough for all of her to be born into it. You might think I was reaching too far if I compared it to the moment when the reveling bacchantes projected their god Dionysus; but, you know, I think they were similar. At any rate, much that her breeding had suppressed came alive in that moment.

It soon wore off, leaving its effect nonetheless, and she began to seek the bird. Her sense of smell, usually undependable at best, brought her straightway to the sofa. There sat the bird on a cushion, stupidly pecking at invisible seed on the brocade.

Now, the sofa was an heirloom especially prized by the owners. Pretty doilies adorned its scroll-shaped arms and along its high back ran two S-lines of mahogany trim that met in the center at a delicate wooden rose. The dog had learned from innumerable noes and not a few slaps that the sofa was off-limits. Yet she didn’t hesitate to jump up beside her object of worship.

Stupid bird, it craned its neck and tilted its head to survey the threat to its safety, but because it was motionless now, it went back to its invisible seed. When the dog edged closer, it dropped the wad of lint from its beak and hopped up on the arm. The dog moved in and the bird at last decided it was time to fly.

The last event in its small brain was the discovery that it had ensnared its hind toes in the doily. It spent its last light in a futile fluttering of wings. The dog’s lunge was swift and terrible.

The owners returned from their mission an hour later wearing the rosy glow of people who have demonstrated their virtue. Then they saw the shambles of yellow feathers and blood on the heirloom sofa. Their faces flushed with anger.

“Why? Why? Why?” they demanded to know. Their repeated question drove the dog, cowering, into a corner. All that her heart could say was that she had worshipped the canary.

“Why?” said the one afterwards who collected the remains and buried them beneath the white pine in the backyard. This one thought what a shame it was that animals didn’t have souls so they could enjoy life everlasting in heaven. “Why?” said this one and, after the dirt was mounded over the dead bird, “I love you.”

“I love you,” said the other one too, kneeling at the bathtub. The dog sat silent in the water while the scrub brush continued to grind at her muzzle even though the last trace of blood was gone. “Why?” said that one and thought how it was divine mercy that animals didn’t have souls or else some of them would have to suffer eternal damnation for their sins. “Why?” that one said.

While the dog endured the rough treatment in the bathtub, an answer came to her. It was a revelation, but it had nothing to do with souls and it had none of the beauty of a bird’s flight. It spoke in her heart with a voice cold and flat. It said this to her:

“Sooner or later, what you worship you must kill.”

A few days after that, sniffing about the backyard, the dog happened on the grave of the canary. And it so happened that one of the owners noticed from the window.

Together they saw the dog sit down beside the grave. She made no move to dig it up. She just sat there and watched it as she had once the cage.

“Perhaps she’s sorry for what she did,” said the one.

“Perhaps,” said the other doubtfully.

They, of course, had no way of knowing and the dog had no way of telling them, but she was only following the instructions of her revelation. She had heard its first whispering in the flight of the bird and later had responded when it prodded her to attack. Now her master, it gave her a command and with it a promise, if she obeyed, of some unspecified reward.

“What you worship you must kill,” it said. “Then you must sit and wait and watch and see . . . what happens next.” 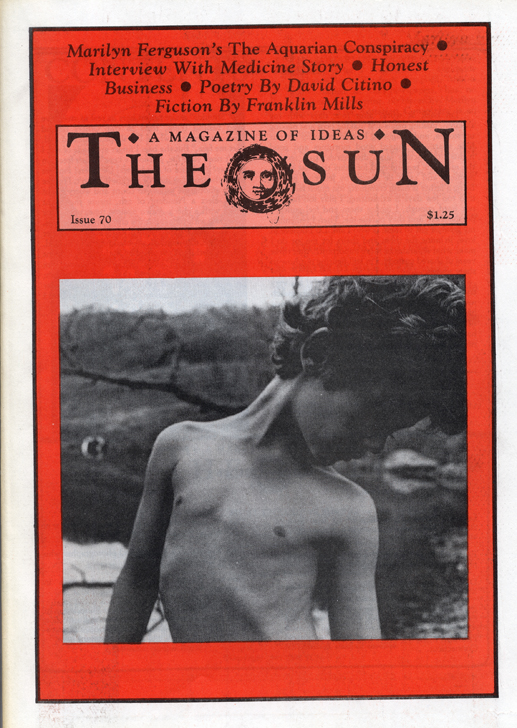 If I Had A Million Dollars