Someday, after we have mastered the winds, the waves, the tides, and gravity, we shall harness for God the energies of love. Then for the second time in the history of the world, man will have discovered fire.

Silence is a privilege to which all are entitled and of which most are robbed in this barbaric age. The monk is not a freak for loving silence; he is simply normal and human.

It is only necessary to know that love is a direction and not a state of the soul. If one is unaware of this, one falls into despair at the first onslaught of affliction.

I believe in getting into hot water. I think it keeps you clean.

Take long walks in stormy weather or through deep snow in the fields and woods, if you would keep your spirits up. Deal with brute nature. Be cold and hungry and weary.

It always strikes me and it is very peculiar that when we see the image of indescribable and unutterable desolation — of loneliness, poverty, and misery, the end of all things, or their extreme — then rises in our mind the thought of God.

Knowing who in fact one is, being conscious, of the universal and impersonal life that lives itself through each of us, that’s the art of living, and that’s what one can help the dying to go on practicing.

An intelligent man cannot become anything seriously, and it is only the fool who becomes anything.

I am always between two worlds, always in conflict. I would like sometimes to rest, to be at peace, to choose a nook, make a final choice, but I can’t. Some nameless, undescribable fear and anxiety keeps me on the move. On certain evenings like this I would like to feel whole. Only half of me is sitting by the fire. Only my hands are sewing.

A man doesn’t learn to understand anything unless he loves it.

You can think as much as you like but you will invent nothing better than bread and salt.

“Why should you not desire immortality? How should you not? Every soul desires it and its health is in the strength of its desire. But be careful; you are one who might achieve your desire.”

“And then this: a false king ruling, the arts of man forgotten, the singer tongueless, the eyes blind. This! — this blight and plague on the lands, this sore we seek to heal. There are two, Arren, two that make one: the world and the shadow, the light and the dark. The two poles of the Balance. Life rises out of death, death rises out of life; in being opposite they yearn to each other, they give birth to each other and are forever reborn. And with them all is reborn, the flower of the apple tree, the light of the stars. In life is death. In death is rebirth. What then is life without death? Life unchanging, everlasting, eternal? What is it but death — death without rebirth?”

God is love. His plan for creation can only be rooted in love. Does not that simple thought, rather than erudite reasonings, offer solace to to the human heart?

Perhaps the efforts of the true poets, founders, religious, literatures, all ages, have been, and ever will be, our time and times to come, essentially the same — to bring people back from their present strayings and sickly abstractions, to the costless, average, divine, original concrete.

A change in the weather is enough to renew the world and ourselves.

Nothing has a stronger influence psychologically on their environment, and especially on their children, than the unlived life of the parents.

It does not astonish or make us angry that it takes a whole year to bring into the house three great white peonies and two pale blue iris. It seems altogether right and appropriate that these glories are earned with long patience and faith . . . , and also that it is altogether right and appropriate that they cannot last. Yet in our human relations we are outraged when the supreme moments, the moments of flowering, must be waited for . . . and then cannot last. We reach a summit, and then have to go down again. 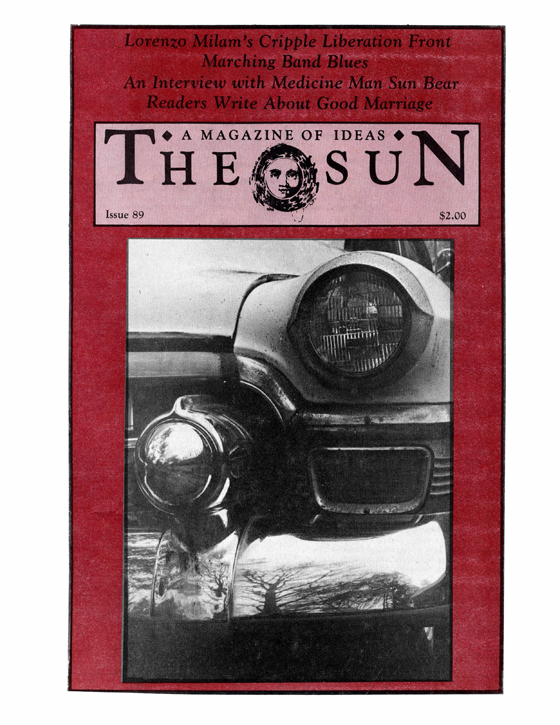 We Do Only Be Drownded Now And Again

Excerpts From The Rising Sun Neighborhood