When she was three, she brought him the clear plastic ball with four orange and red horses inside it. “I want the horses.”

He took the ball and looked it over. “It would be hard to get them out of there. Why don’t you just use it like it is?” He rolled it on the grass, and she went and got it and brought it back to him.

“I want to play with the horses.”

“We could break it.”

“You could break it.”

“I don’t know. It has a seam here. Maybe we could break it on the seam. Are you sure you want to break it? Usually you get very upset when something breaks.”

“Hey, what are you two talking about out here? Breaking toys?”

“Well, we aren’t thinking of doing it for kicks. It was one of those push toys, and the handle’s gone, and it’s too hard for bouncing or catching.”

“I want to get the horses out so I can play with them.”

“Once you break it, it’s broken. You get awfully upset when things break.”

“I won’t. I cry when I don’t want something to break, and then it breaks.”

“Here. Throw it on the sidewalk. See if it breaks.”

She threw it down, then ran over and got it. “No.”

He threw it down. It chipped the concrete, but it didn’t break. He got a hammer and beat it along the seam, but it just bounced the hammer back at him.

“Maybe you could cut it.”

“If I had a hacksaw I could, but I don’t have a hacksaw. Let’s look at my tools and see if I have anything that would help.” They went into the shed at the back of the yard. “Not much to look at. I’ll have to remember not to loan my tools. I don’t have any kind of a saw here.”

“Yes. I don’t know about that. It would be hard to hold the ball still when I hit it. Maybe we could dig a hole.”

They dug a hole and stuck the ball tight into the hole, and he chopped and chopped at it until the seam started to give, and the two halves began to separate. He picked up the ball and cut at the remaining seam with his pocket knife. “It just has these pieces holding it together. I think I can get it this way.”

When he had most of the connecting pieces cut, he pried the halves of the ball apart and cut the horses from their perch and handed them to her. “No damage to any of them, looks like.”

“We make a good horse-liberating team.”

She knew them individually before the ball was opened, but he couldn’t see any differences among them. She had her favorite already. He was the one who had implored her most beseechingly to get him out where he could run and play, and he was the one who was happiest to be out, munching the tender green grass, running this way and that, jumping and kicking.

“Do you want any of the rest of this?”

He took the clear plastic halves and put them in the garbage can, but she didn’t pay any attention. She was guiding all four of the orange and red horses through the tall grass along the edge of the garden. They ran and jumped, bucked and kicked and neighed and neighed at each other. They ate grass and ran again, following their leader, the horse who was the most alive. 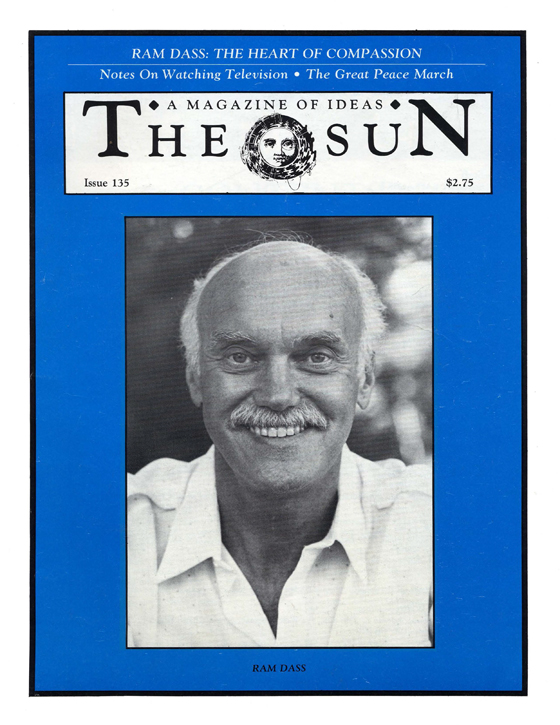