I found the gender-specific anthropomorphizing of Antler’s poem “Ejaculation” a sad, ironic contrast to the interview with John Seed, “When a Tree Falls in the Forest” [January 1993]. Seed’s vision of deep ecology offers an alternative to the very phallocentric culture that Antler celebrates.

The Sun is reflective of our search for truth and meaning. Antler’s poem lacked either, and was instead, as he would put it, of an ejaculatory nature: quick, gasping, and fleeting.

I’m writing in response to Renée Lertzman’s criticism of my poem “Ejaculation” [March 1993]. She complained that it is “gender specific” and “phallocentric.”

I urge Lertzman to look up “ejaculate” in the dictionary. A specifically male definition is only one definition. It can also mean “to exclaim or utter suddenly,” which both sexes can do.

Even if we focus on the sexual connotation of “ejaculation,” the word can still be relevant to female sexuality. When a woman is in the throes of orgasm, she can be ejaculating as much as — and often more than — a man in the sense of exclaiming delirious endearments, or suddenly and swiftly “discharging” large amounts of energy known as ecstasy.

I find it disturbing that a woman would denounce my poem even if it were gender specific. Are lesbian love poems too gender specific? To try to ban the male member from art or literature, just because some men have acted as molesters or rapists, is no better than if men tried to do the reverse because an equal percentage of men had been victimized by women. After centuries of being persecuted and suppressed by post-Greco-Roman, puritanical Judeo-Christianity, the cock and balls will never again allow themselves to be castrated from literature, or even fig-leaf’d.

My poem isn’t strictly phallocentric, but if it were, wouldn’t it be foolish to criticize a poem focused on the phenomenon of the phallus for being phallocentric? Poems can focus on any and all phenomena and necessarily are “centric” to whatever subject the particular poem is about. Do we complain that poems about flowers are “flower centric” or claim they “celebrate a flower-centric culture”? Lertzman puts down the phenomenon of ejaculation and orgasm as “quick, gasping, and fleeting” — word choices that could instead be “intense, fervent, and overwhelming.”

How many men would dare to criticize a woman’s perception of the female principle inherent in all creation as “vagina centric”? There’s a male principle in nature and the universe too. It’s OK if some poems focus just on the yin and others focus just on the yang and still other poems focus on the interplay of both. I think my poem embraces and honors both more than Lertzman gave it credit for. I wish more women had a sense of humor and tolerance regarding the male reproductive organ, which is mostly rather poignant, harmless, and small, despite how large it may loom in the fantasies of men and women alike. 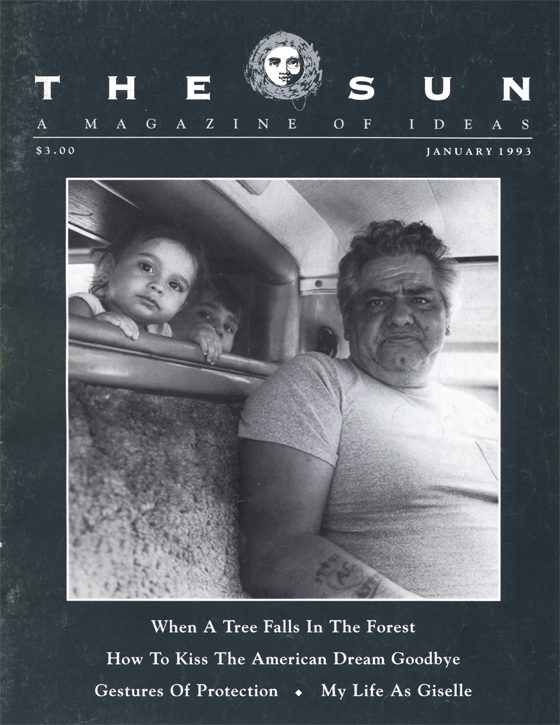 How To Kiss The American Dream Goodbye

When A Tree Falls In The Forest

An Interview With John Seed