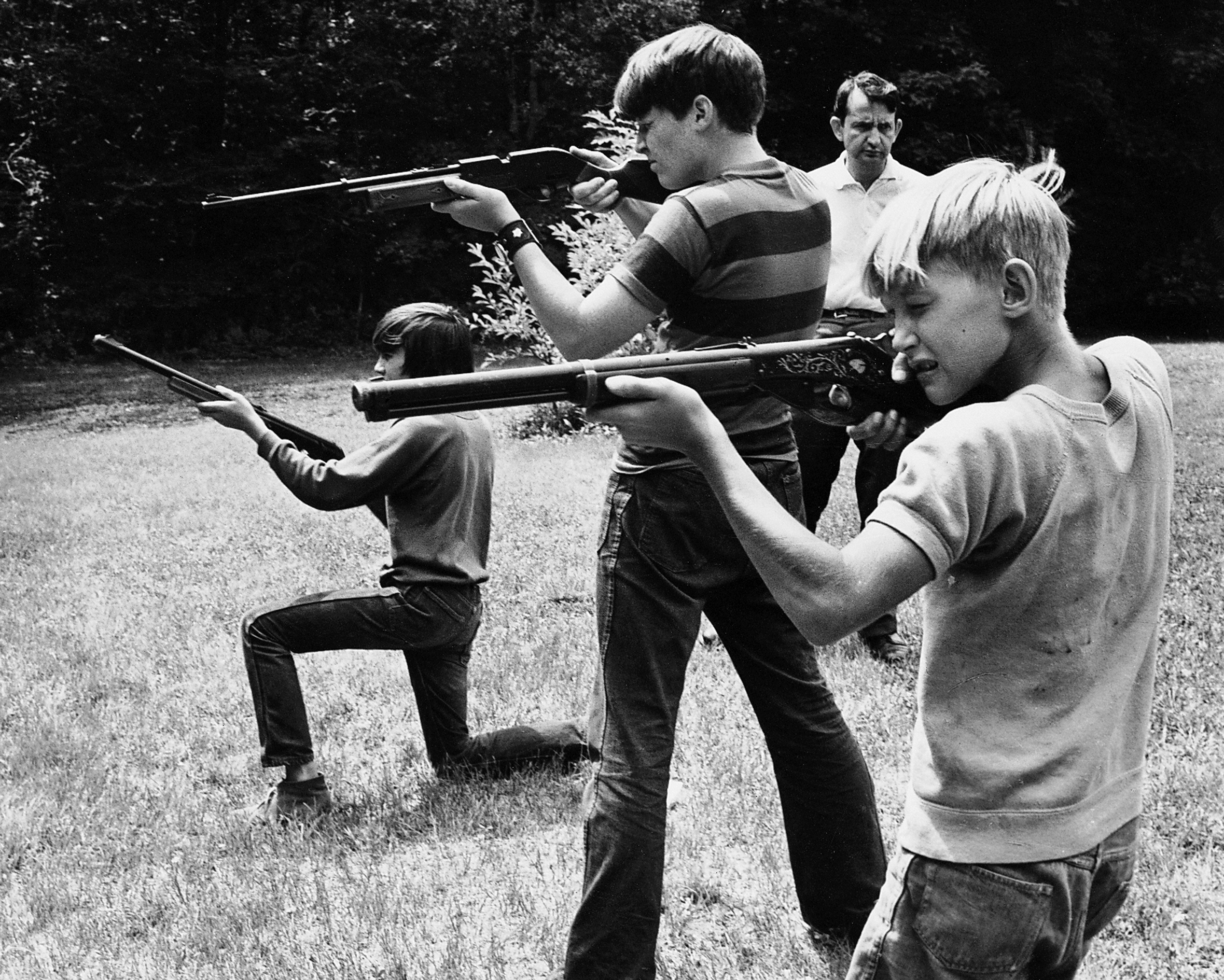 I once met a woman who’d known Billy the Kid, or so she said. She was a very old woman when I met her, consigned to a wheelchair and dappled with age. She had the hooked nose and collapsed mouth of a crone from a storybook, but she was kind and still eager to be liked. Though her voice quavered, her mind was sound, and she had arranged with the nursing home where she lived to be taken out each Wednesday night so she could attend a college class I taught called “The American West on Film.”

She got there early the first night of class, accompanied by an attendant. I was surprised to see a student her age, and I’m fairly sure I was patronizing in my attention to her. I was only thirty then, and the very elderly were an alien species to me. As the rest of the students filtered in and took their seats in the little auditorium, I knelt beside her wheelchair and asked her name. She bore the faint smell of the nursing home — a mixture of Betadine, urine, and BenGay — but she had also dabbed herself with perfume, and there were comb tracks through her thinning hair. She said her name was Frida, and that she was ninety-eight years old.

She was descended of pioneer stock, she told me, early German settlers in New Mexico, and that was why she’d asked to take my class. She whispered behind her hand that she would have taken any class that would get her out of the nursing home one night a week. And then she laughed, girlishly.

Over the course of the semester, we watched more than a dozen films — from The Great Train Robbery, filmed in the wilds of New Jersey in 1903, to McCabe and Mrs. Miller, filmed in British Columbia in 1971. The registrar had overenrolled the class, and students were sitting in the aisles and on the stairs. I doubt that anyone learned much — except for me. I was a young teacher, with long hair and hippie affectations, and I lacked the authority to maintain control of such a large group. The entire basketball team (first, second, and third strings) had signed up for the course because any class with “film” in the title was thought to be an easy three units of credit. After I’d taken the roll and the lights had gone down, most of the players slipped away. The papers students handed in were uniformly terrible — many had clearly been plagiarized — and the discussions after each film were desultory. It was a disaster.

When the discussion simply stalled out, I would dismiss the students early, leaving Frida waiting for her attendant to pick her up while I rewound the film and gathered my papers. On one such night, after a movie about the life of Billy the Kid, she said, “I met him once, you know.”

“Who did you meet, Frida?” I asked absently as the film flapped on the rewind reel. I thought perhaps she meant the actor who’d played Billy the Kid in the film. More likely, I thought, she was simply addled.

“Billy Bonney,” she said. “My momma gave him a piece of pie.”

“Your mother gave Billy the Kid a piece of pie?”

“Yep,” she answered. “My dad had a ranch in Lincoln County, and Billy was helping out during branding time. He came riding by the house one day on a paint horse — I can still see that horse in my mind — and he said he smelled pie. Momma invited him in for a piece. Apple. Off our own trees.”

I did a quick calculation in my mind, figuring the span of her years against the date of Billy the Kid’s death. Such a meeting was possible, though she would have been no older than six or seven at the time.

“He actually licked the plate,” she said. “I saw him do it.”

That detail did it for me, convinced me of the truth of Frida’s tale.

After Billy had left her mother’s table, she said, he’d walked out to the hitching post with young Frida by his side. I touched her hand, which had once held the hand of the notorious outlaw himself. He came alive for me then as few historical figures had before: A young man with a love of apple pie in a place and time where no one took pie for granted. A boy, really, who was said to have killed a man for each year he lived — twenty-one in all. A myth made flesh by Frida’s bony, liver-spotted hand.

Near the end of the semester, following a showing of The Searchers, I was surprised to see tears glinting on Frida’s cheeks. After class was dismissed, I asked her what was the matter.

She brushed at the tears with the back of her hand. “I’m sorry,” she said, “but I’m just so tired of people hurting each other.”

I thought perhaps something had happened to her at the nursing home, but she made it clear she was talking about the movie. I patted her hand, a gesture I now think was condescending. I thought her reaction excessive, sentimental, a sign of encroaching senility. After all, it was only a movie, and not a particularly violent one.

Now, as I grow older and see the incredible fragility of life, its preciousness, I know what Frida meant.

Like most American boys, I played with toy guns growing up. It is probably no exaggeration to say that I fired a million imaginary rounds of ammunition by the time I was ten: ka-chew, ka-chew, ka-chew! And since we boys were all expert marksmen, I surely killed as many imaginary Indians, or North Koreans, or Chinese communists, or Nazis. None of those imaginary foes had sisters or brothers, mothers or fathers. They had no dreams or aspirations, no wives or children. They existed merely to imperil me, and for me to kill them before they could carry out some heinous deed. They were not quite evil incarnate, but bad enough in my imagination. A day spent killing them left me tired, ready for hot soup and a bedtime story.

Perhaps I can be forgiven: I was a child, after all. But what does one say about a man the same age as I am now who, as people were dying in Iraq, said: “The American people are not as casualty-sensitive as the weenies in the American press are”? I speak of Fred Barnes, editor of the conservative Weekly Standard, an ostensibly educated man and a longtime political commentator. He is proud of his insensitivity, his hard-nosed realism. He is also, I’m fairly sure, not thinking of these casualties as people with actual lives, with relatives who mourn them, with dreams that were ended with harsh finality. He’s no “weenie,” this editor; he is still a boy with a toy gun, slaying his imaginary enemies with the bodies of other people’s children, and, like our president, he’s entirely too manly to lose sleep over it.

Or what of the young man who spoke to a reporter at a bar in Walnut Creek, California, during some of the most intense fighting in Iraq? He said that when the media report five hundred Iraqis dead and only twenty Americans, that’s cause for celebrating and pumping one’s fist in the air. He is, the media tell us, a fairly common representative of his gender, my gender, a gender that readily regards combat deaths as the equivalent of an athletic score. “It’s us versus them,” the young man said.

In the early nineteenth century, a delegation of Native American chieftains was summoned to Thomas Jefferson’s White House. They were granted an audience with the president, at which he told them of the white man’s numbers. “And we are all gun men,” he added, in a not-too-subtle reminder of the strength of our emerging nation. Later, many sons and grandsons of those chiefs would fall before American arms, but in the U.S. history I learned as a child, no Indian brave ever had a mother back in the village, or a father for whom that dead son had once been the embodiment of the future.

No one remembers Billy the Kid for his love of apple pie. He is remembered, out of all the millions of Americans who have lived and died, because he was a “gun man” who killed twenty-one people in twenty-one years, a pretty good score. None of those he killed seem to have had any kin to grieve them, no dreams left unfulfilled, no stories to give their deaths the harshness that attends the loss of real people.

Billy the Kid himself was shot down at twenty-one, killed by a man who is remembered only for killing him. Billy was a boy who loved apple pie and was quick to pull his .44 Bisley Colt and discharge it into the bodies of other boys whom no one remembers at all.

But Frida could feel those boys’ stories in her old bones. She knew that death always comes to real people, not celluloid images, nor stuntmen who get up after each take and dust themselves off before heading over to the studio commissary for lunch. Frida shed tears because she was exhausted from a lifetime of stories about people hurting and killing one another, making difficult lives even more difficult, if not ultimately impossible.

She was a weenie, Frida, God rest her soul. And God rest our souls, too, and all the souls that have departed this world before our guns or behind them. 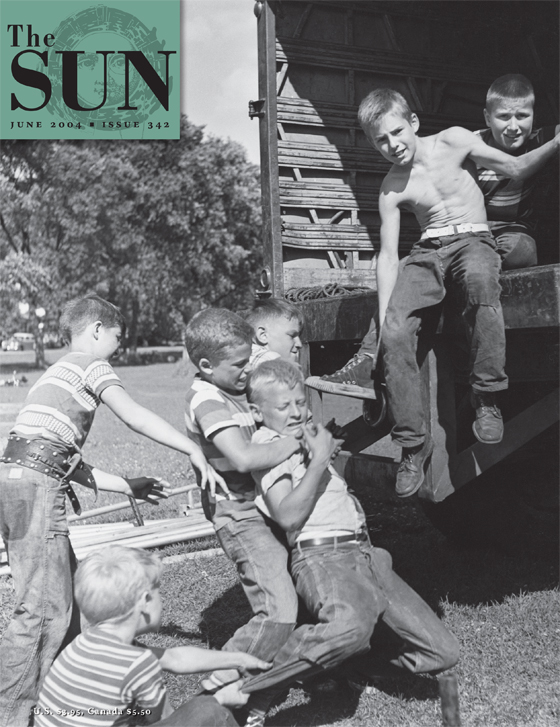 A Story About The General