Think occasionally of the suffering of which you spare yourself the sight.

Thought To Exist In The Wild

Awakening From The Nightmare Of Zoos

The bear takes seven steps, her claws clicking on concrete. She dips her head, turns, and walks toward the front of the cage. Another dip, another turn, another three steps. When she gets back to where she started, she begins all over. This is what’s left of her life. 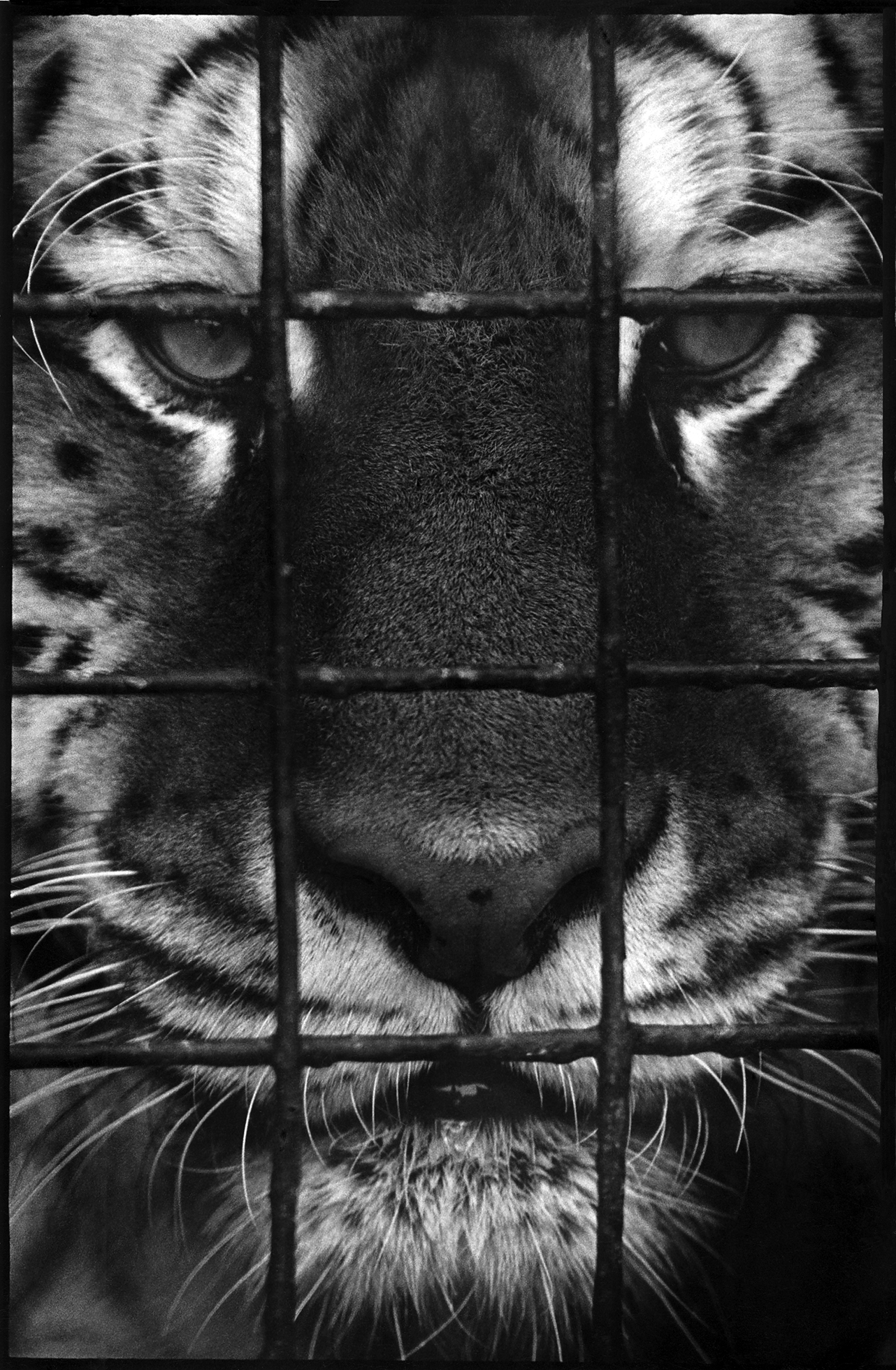 Even though the butcher section was in the back, I could smell animal flesh when I came through the doors, the faint stench that leaked through the plastic wrap and rose above the ammonia smell of the floors.

By Deirdre Peterson May 2006

Faced With Terrorists, Who Wouldn’t Want To Harness All Of Nature?

I ask people why they have deer heads on their walls, and they say, “Because it’s such a beautiful animal.” There you go. Well, I think my mother’s attractive, but I have photographs of her.

The Dog Next Door

The wheat is starting to turn, flashes of deep gold streaking through all that tall, waving green. Before we moved to Colorado, I used to think wheat grew golden yellow, like in all the photos I’d seen. I suspect most city folk think that. They don’t realize that wheat grows up green and living and then dies, and that’s when it becomes useful.

Nature Of The Beast

An Interview With John Robbins On The Great American Food Machine

We call some animals pets and other animals dinner because our culture says that some animals are part of our circle of compassion and others are not. To some extent, an animal that is destined for human consumption is exempt from the laws restricting cruelty to animals. In other words, you can do anything you want to an animal as long as you’re going to eat it. There are Filipino communities in the United States whose members carry on their cultural tradition of eating dogs, and many people who don’t think twice about the treatment of veal calves find it very objectionable to see a dog treated that way.

“ ‘Black rage’ — it’s a new defense for the Long Island Killer, sort of like an insanity plea,” my dad says as he drives us toward Brooklyn from La Guardia Airport. I have just arrived with my daughter, Rose, from northern Idaho for our annual week-long visit and I’m anxious for news.